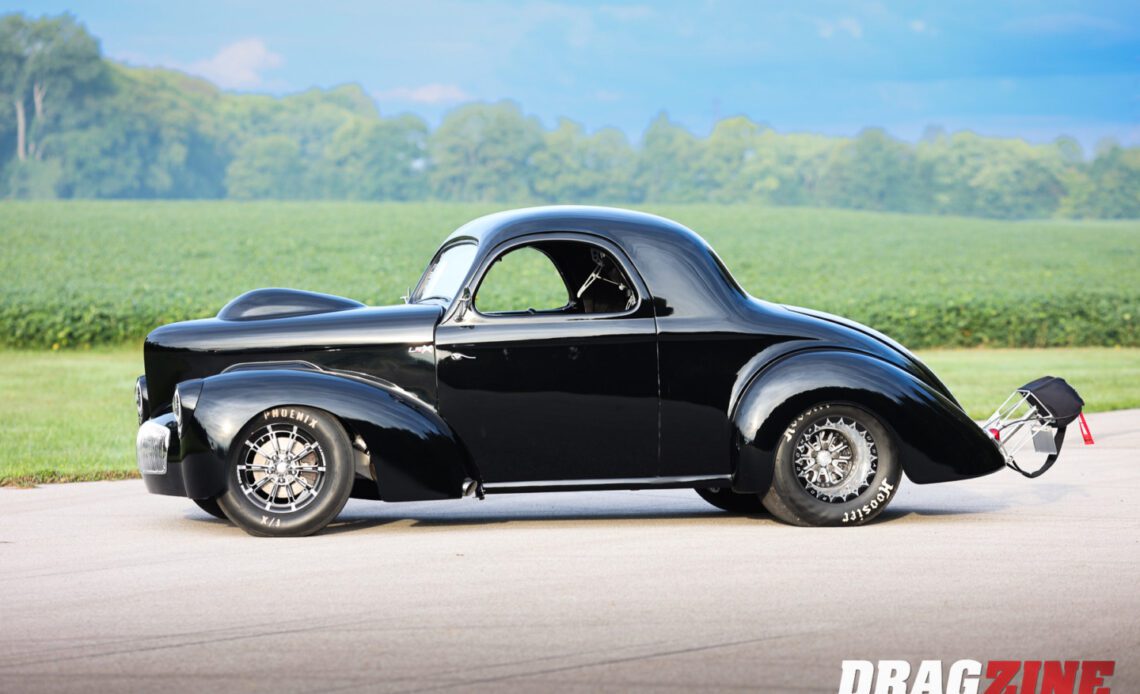 The early 1940s, World War II-era Willys coupes pre-date the birth of organized drag racing by about a decade, and as such, they have been a part of the sport’s DNA since the very beginning. You’ll generally find them at nostalgia and Gasser-specific type events, but rarely do they feature power from modern-day engine designs and technology. But then again, they aren’t often owned by members of the Millennial generation, either.

Thirty-five-year-old Dayton, Tennessee native Scottie Stone has what may be one of drag racing’s finest examples of the old saying, “teaching an old dog new tricks,” in the form of a 1941 Willys with a 346 cubic-inch, twin-turbocharged LS1 for power. Between that and the Holley Dominator electronic fuel injection, Willys-Overland Motors founder John Willys would be floored.

“These cars are rare outside the show car scene,” Stone says. “You’ll find very few still running down a racetrack. And I have never seen another Willys street rod with turbos….usually they are blown big-blocks. I took what I liked about the old-school and added a little new-school technology, and it all blended really well.”

“My dad bracket raced when I was younger. Also my cousins, aunts, and uncles all raced drag raced and dirt track raced. Racing was born into my blood. I was born and raised around racing, and I love the thrill of speed and competition. I’ve watched others build cool cars, growing up and when I finally got the knowledge, money, tools, time, and the project car I always wanted, I knew it was time to build something cool and unique that you don’t see at every racetrack,” Stone shares.

Stone found the Willys in South Carolina via the internet — a full-scale fiberglass replica body and a chassis built purposely for street use, which Stone re-did once in his possession. The 25.5-spec Funny-Car cage now is built atop a 2×4 square-tube mild-steel frame.

The build took Stone four years to complete and is the first car he’s ever built from the ground up. “I did all the fabrication, welding, and wiring myself. I also built the motor, the transmission, and the rearend alone. The only thing outsourced was the bodywork.” The project began in 2018, and was finally completed and debuted at the Holley LS Fest this fall, to much fanfare and…