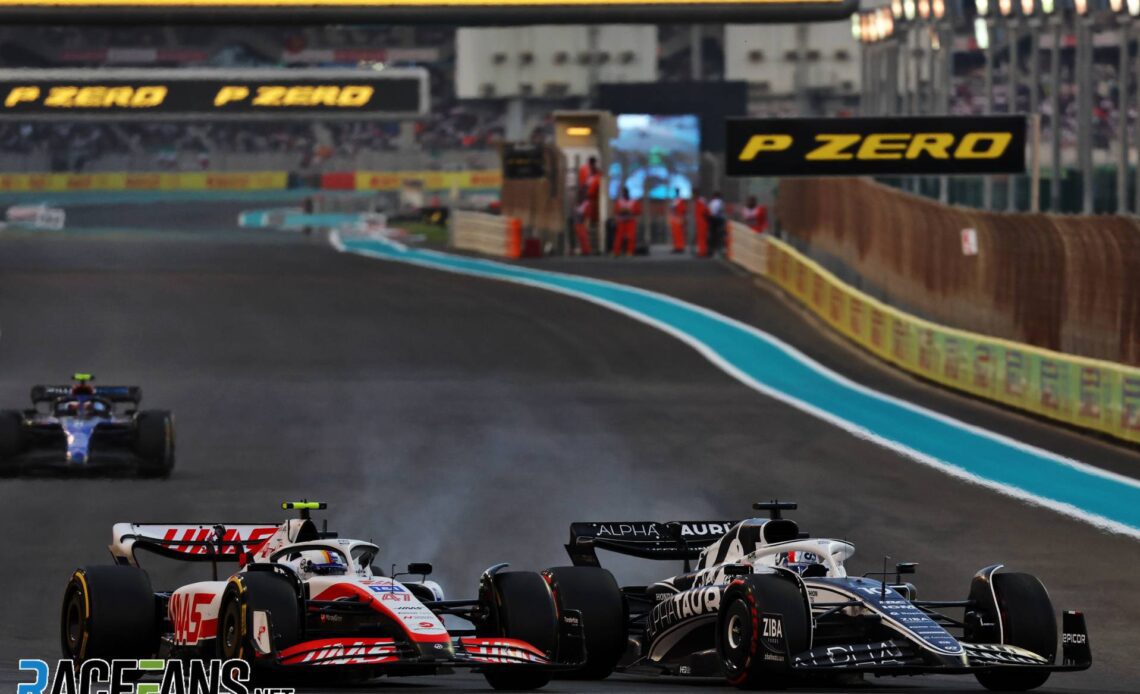 AlphaTauri had their strongest ever season in Formula 1 last year, taking sixth in the standings with 142 points. But they fell down the order when new technical regulations came in for 2022 and ended the year in ninth place with just 35 points from 22 grands prix.

The resurgent Haas, last in the 2021 championship, beat AlphaTauri to eighth place by two points. Gasly said the team could easily have made that difference up during the season.

“If you look back over 22 races, you’ll find these two points easily,” said Gasly, who won a race with the team in 2020 and reached the podium again last year.

“But I’ve learnt for our own mental health, in F1 it’s better not to look back at all the missing points. Otherwise you get into depression very fast.

“It’s a thing for us, we could have done also a better job on some occasions. Clearly for us it’s been a extremely difficult year, sometimes doing mistakes on our side, sometimes being unlucky. It’s been a very challenging year.”

The final race was typical of AlphaTauri’s season, with Gasly starting 17th and finishing 14th while team mate Yuki Tsunoda finished where he started, in 11th. The pair finished the same race in the top five a year earlier.

Gasly urged the media to “give me a break already and don’t talk about this race” after the disappointing end to his six years spent mostly at the team. “It’s been difficult like [this] the whole year. We had to try something, we tried, it didn’t work out.”

While Tsunoda will remain with the team to work on climbing back up the competitive order, Gasly has left AlphaTauri to join Alpine for 2023, his place being taken by Nyck de Vries.