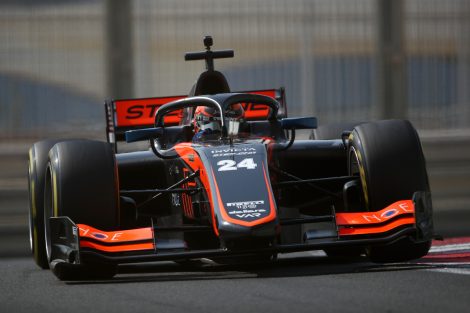 In the round-up: Formula 1’s growing popularity in the United States resulted in record-breaking audiences this year, according to ESPN.

Formula 1’s 2022 season was its most popular yet in the United States for fans watching on television, with an average of 1.21 million viewers per race according to figures released by ESPN.

The media network combined viewership across the ESPN, ESPN2 and ABC channels for calculating its figures, which was a 28% increase on the previous record set last year of 949,000 viewers on average per race.

Another record was also set by the Miami Grand Prix, which attracted 2.583 million viewers in the US and therefore became the most watched F1 race ever in the country. There was also a significant increase in female viewership, which on average equated to 352,000 viewers per pace (an increase of 34% over 2021) and an improved 72/28 gender split in the audience.

Ukraine Solidarity Project, an activism group that calls out international companies for continuing to maintain a business presence in Russia following its invasion of Ukraine, projected a message on the side of Red Bull’s Formula 1 headquarters in Milton Keynes on Monday night seeking for the brand to stop selling its energy drink in Russia.

The two-minute long statement was read out by Nobel Peace Prize recipient Oleksandra Matviichuk, and began with “this is a message for Max Verstappen and all Red Bull athletes” as the project requested that brand ambassadors ask Red Bull about their continued presence in Russia.

Trident’s Roman Stanek and Hitech GP’s Jak Crawford both caused red flag stoppages during the day, with Crawford suffering a crash at turn two that required the barriers to be repaired.