How many victory chances did Hamilton have in his first winless F1 season? · RaceFans 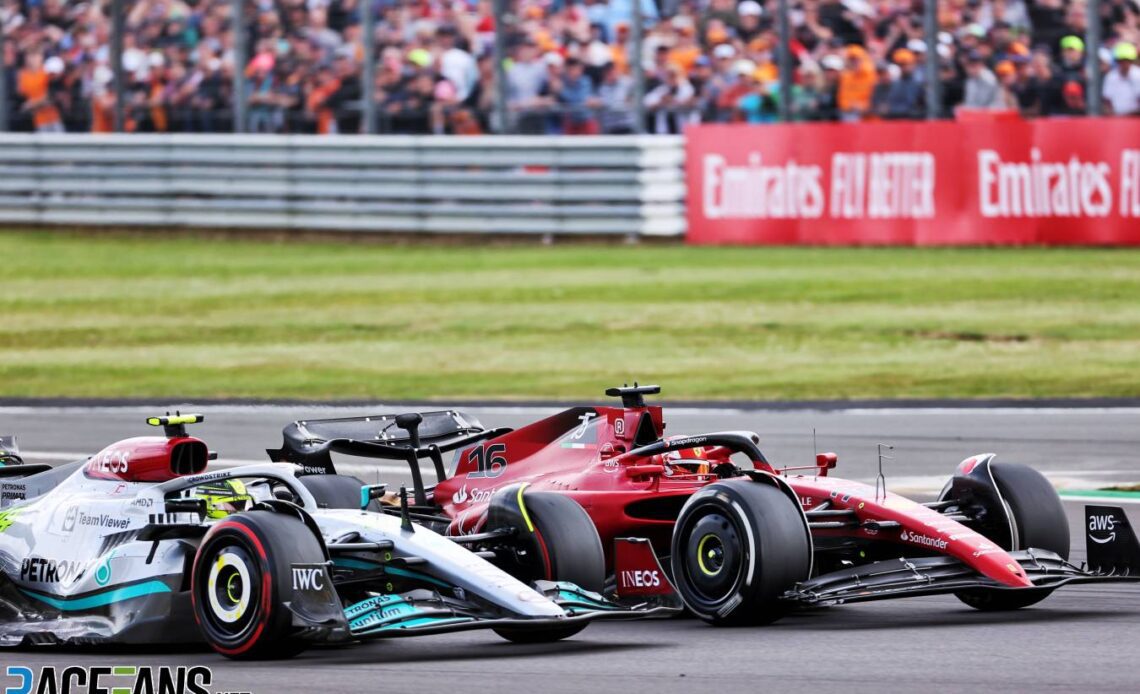 Last weekend Lewis Hamilton ended a Formula 1 season without winning a race for the first time in his career.

However his Mercedes team did win during 2022, and his arch rival Max Verstappen believes Hamilton missed one opportunity to win this season.

At the opening race in Bahrain, Hamilton’s Mercedes lost over a second per lap to the race-leading Ferrari and Red Bull. It was clear the W13 wasn’t going to win races any time soon.

But by the mid-point of the season the team were starting to lead grands prix, and on a weekend where the track and conditions suited them, and the stars aligned in their favour, victories finally started to seem possible.

So how many chances to win a race did Hamilton have before the end of the season? And how many of those might he realistically have converted?

It took until the 10th race of the season for Hamilton to finally lead a lap in 2022. Fittingly, this came on home ground at Silverstone.

When Verstappen dropped out of contention for victory after striking debris, it seemed Charles Leclerc was on course to win. But a Safety Car period was his undoing: while the Ferrari stayed out on worn rubber, Hamilton and others seized the chance to fit fresh soft tyres.

It all kicked off at the restart, where Hamilton briefly passed Leclerc and Sergio Perez in a stunning move at Club. But Carlos Sainz Jnr was already on his way to victory by then and Hamilton, who bagged third, never really looked like beating him.

Mercedes eventually found they were able to make the W13 work well on high-downforce circuits. This boded well for the Hungaroring, always a strong venue for Hamilton.

The cards seemed to fall in their favour in qualifying when Verstappen fluffed his first run in Q3, then suffered a power unit problem. But Hamilton, who only had used tyres for his first run, suffered a DRS problem on the second, and gave up the lap when he might have bettered his eventual seventh on the grid by pressing on. Team mate George Russell, meanwhile, gave Mercedes their first pole position of the season.

In the race Hamilton was quick enough to catch and pass his team mate to finish second. But Verstappen, who started three places behind Hamilton, got ahead of both on his way to victory. Had Hamilton started closer to the front one way or another, he would have stood a…