The records Vettel leaves F1 holding, and those he lost · RaceFans 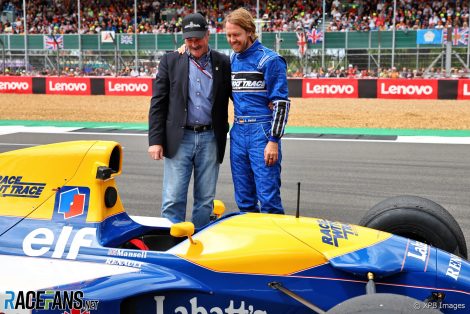 The 35-year-old departs F1 as the outright holder of 11 notable records in the world championship. He shares one more with another driver, and has held nine other records during his 299-race career.

Most wins in consecutive races

In 2013, Vettel won nine races in a row to break a record set in 1953 for consecutive wins. The Red Bull driver eclipsed the record by two after winning the Belgian, Italian, Singapore, Korean, Japanese, Indian, Abu Dhabi, United States and Brazilian grands prix.

While Alberto Ascari started and won nine races in a row through 1952 and 1953, these were not all consecutive rounds of the world championship – he didn’t race in the 1953 Indianapolis 500.

Most pole positions in a season

During his second title-winning campaign in 2011, Vettel claimed pole for 15 out of 19 races. He also matched Nigel Mansell’s 1992 record by winning nine of the races he started from pole.

The following year, now a Red Bull driver, Vettel became the youngest driver to achieve a ‘hat-trick’ of win, pole and fastest lap at the British Grand Prix, aged 21 years and 353 days.

Vettel was just 23 years and 134 days old when he became world champion for the first time in the 2010 Abu Dhabi Grand Prix. With his next three titles coming in the years immediately after, it meant in successive years he broke the record for the youngest driver to be a double, triple and four-times F1 champion.

Most laps led in a season

No statistic demonstrates Vettel’s domination of 2011 better than the fact he led 739 laps out of 1,133. On 11 occasions he met the chequered flag as winner that year. To put that into perspective, Max Verstappen led 616 laps this year, in a season which had three more races.

Championship leader for most races in a season