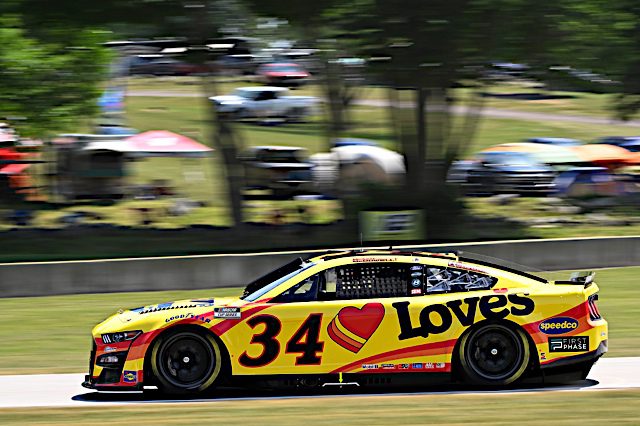 Peterson replaces the outgoing Blake Harris, who moves to Hendrick Motorsports with Alex Bowman in 2023.

Peterson was the lead race engineer for the No. 17 at RFK Racing, driven by Chris Buescher, in 2022 and also filled in as crew chief in four races.

“I think there are a lot of people in the NASCAR garage who are noticing what Front Row Motorsports has accomplished with the new car and their truck program,” Peterson said in a team release. “This is an opportunity to come into a winning and championship organization and help take that next step of getting more wins in the Cup Series and be in the playoffs. I’m ready to get to work. I’ve always had the goal of becoming a crew chief and now I’m ready to take advantage of the opportunity.”

Additionally, the team will welcome a new crew chief on its No. 38 but has not yet announced who will get the job.

Seth Barbour, who previously filled the role, has been elevated to technical director.

Neither driver has been confirmed as returning to the team in 2023. McDowell finished 23rd in points with two top fives and 12 top 10s, while Gilliland earned a top five and two top 10s, concluding the year 28th.

The organization’s only driver confirmation for next year is Zane Smith, who will drive its full-time NASCAR Craftsman Truck Series entry, the No. 38, and will also drive a part-time Cup schedule.