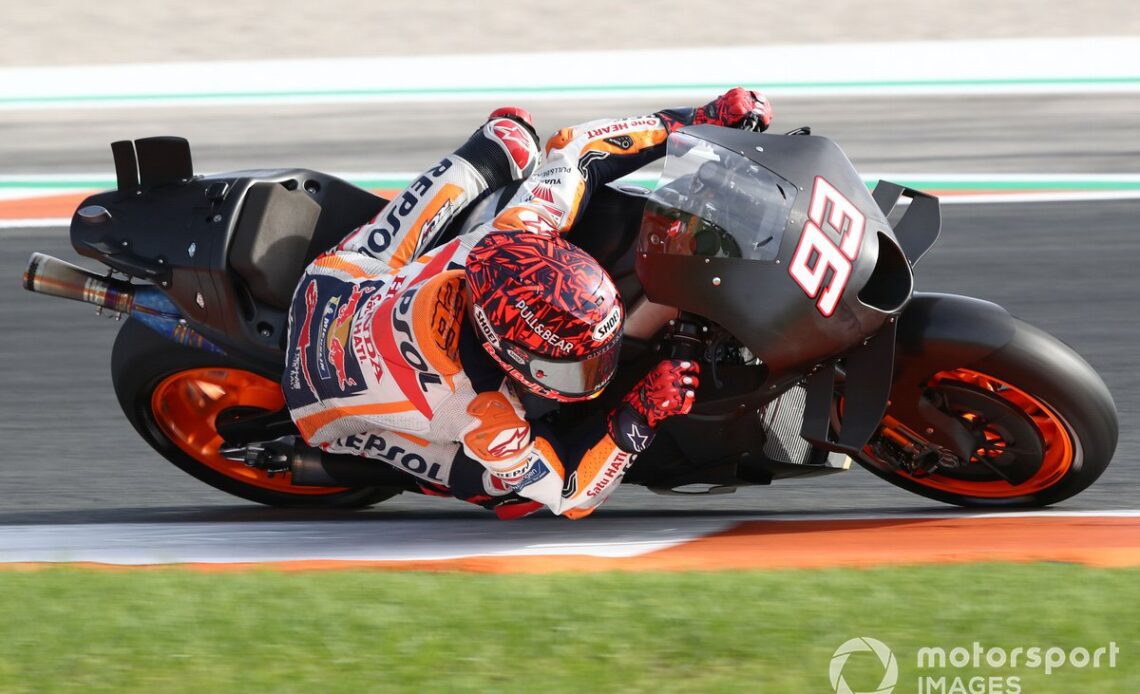 The trailer for Marc Marquez All In, released on Thursday, shows the Honda rider recovering from his latest surgery earlier this year as he continued to suffer the effects of his horrific 2020 crash at Jerez.

The film documents his triumphant return, eventually scoring his 100th podium at the Australian Grand Prix.

It will be available in over 200 countries and territories from February.

Announcing the film, Marquez wrote: “It’s been a tough journey with only one goal, to get back at the highest level. Is it worth the hard work? It is for me. ALL IN.”

The five-episode series is produced by Fast Brothers in collaboration with Red Bull Media House, TBS and Dorna.

A press release said: “The series illustrates in a frontal way, and with unique access until now, the most personal side of Marc: the risks of undergoing surgery and that the arm does not recover, the suffering of not being able to be who he was on a motorcycle, the support of his family and friends … but above all his ability to overcome adversity and the excitement of feeling like a rider again and stepping on a podium.

“He also reviews some of the key moments of his career, the ones that have made Marc Marquez one of the best riders in history.”

The Spaniard badly broke his right arm at the Spanish Grand Prix in 2020, which ultimately ruled him out of that entire campaign as he underwent three operations on the injury.

The first proved unsuccessful as he damaged the plate in his arm attempting to return to racing at Jerez just days after the operation, while surgery number two led to an infection which stopped his arm from healing.

He had a third operation in the winter of 2020, which stopped him from taking part in the first two races of 2021 – though he would eventually return to action, winning three races that year.

A fourth surgery came earlier this year in the US, with Marquez returning at Aragon despite admitting he hadn’t expected to race again in 2022.

It is not the first Amazon project to feature MotoGP, with MotoGP Unlimited having premiered in March.

The series, which covered the 2021 season, was the two-wheeled championship’s attempt at a Drive To Survive-style behind-the-scenes docuseries that was made by Spanish company Mediapro.

But its launch was fraught with issues, with an apparent technical issue leading to the episodes only being available in an English dub instead…