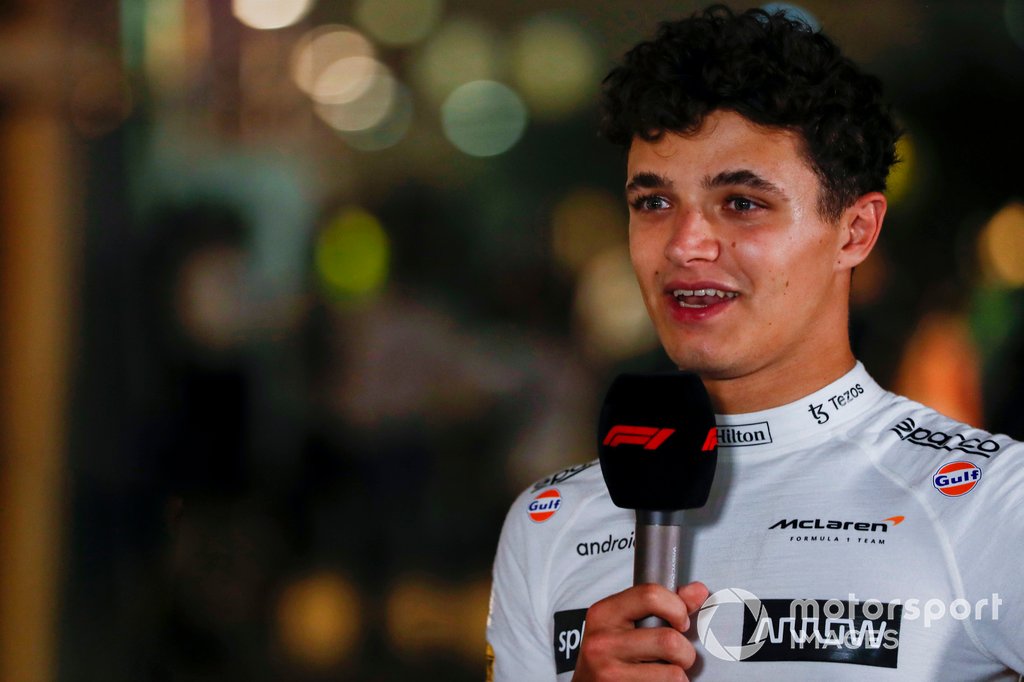 McLaren slipped from fourth to fifth after being outscored by Alpine, which produced a less reliable but still faster car, and the Woking team wasn’t helped by Daniel Ricciardo’s well-documented struggles.

Norris acknowledged McLaren’s car wasn’t good enough to do much more than it did and says P5 is where the team belongs. “Yeah, it’s where we deserve to be, P5,” Norris said.

“I guess you feel very disappointed when there’s a shot at P4 and you feel like you could have had it. But we’ve had one bad weekend of reliability, Alpine have had four or five, they’ve had a quicker car the majority of the year.

“So, I think to have kept in a fight with them for so long, proves how good of a job we’ve done with a worse package, honestly. And therefore, that’s why I’m quite happy. We’re P5, but there are a lot of good things about the job that we’re doing.

“We’ve just started too far behind in the beginning of the season, so hopefully we can start much higher up next year, make the development, make the progress we did this season and we’ll be much better off.”

Norris admitted McLaren’s car performance “hasn’t been good enough” this year but praised the progress it has made across operational areas, such as turning its pitstop weakness into a strength over the past few seasons.

“It’s not a good enough job by the whole team and again, all of that is down to the car we’ve had,” Norris added.

“We know we’ve had a very tough season, we found it difficult. We have to take a step next year and I feel like everyone’s putting in the effort to do so.

“I think it’s just motivation, it’s just energy for everyone to finish ahead of Alpine. Everyone here at the track I think has done a very good job, the mechanics, the engineers, I think we’ve pretty much maximised every opportunity we’ve had.

“The mechanics have done an outstanding job in the toughest year for pitstops. With heavier tyres, worse guns, we’ve had the fastest pitstop this year, we’ve had multiple fastest pitstops of weekends. So many areas are on a good trajectory and are better than ever.

“All the mechanics and engineers are more fired up than ever to make a better car. It’s just not an easy thing to do but they have a good plan in place.”