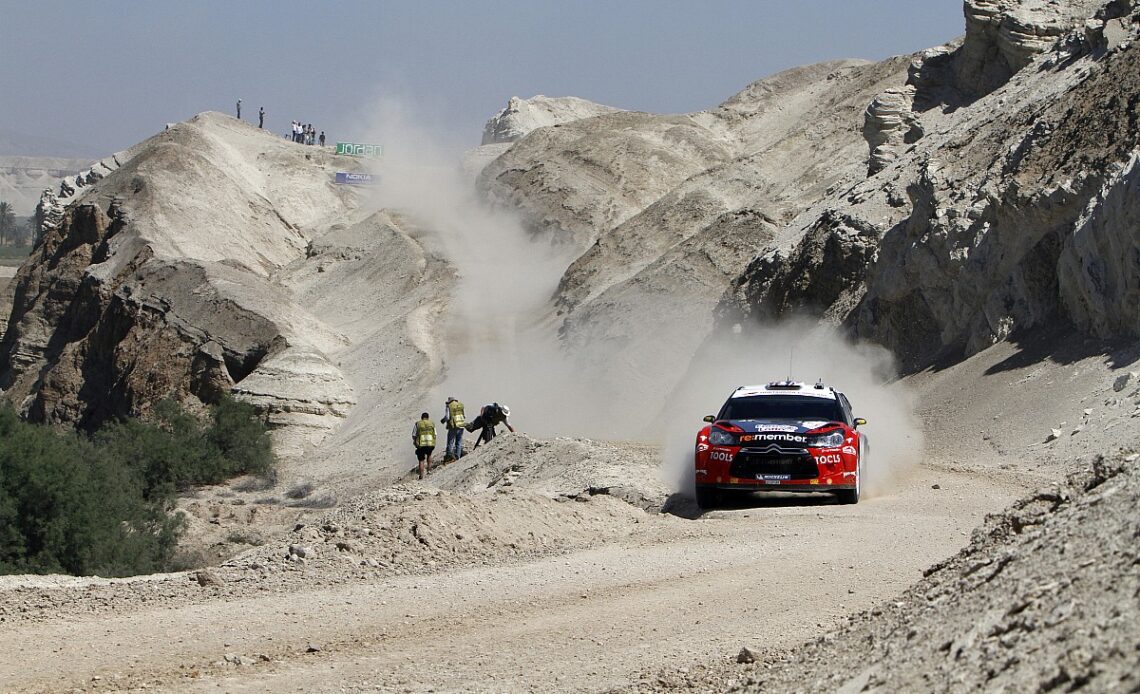 The WRC had indicated earlier this year a desire to add a desert event in the region, which has been described by the championship’s event director Simon Larkin as a “missing piece” from the series schedule.

It was anticipated that an event, understood to be held in Saudi Arabia, would be included in next year’s schedule but it was absent from today’s confirmation of a 13-round 2023 calendar.

However, the WRC has issued a statement reiterating a wish to return to the Middle East for next year and Motorsport.com understands an event is likely to transpire in 2024. The region last featured on the WRC calendar in 2011, courtesy of Rally Jordan.

“It is no secret that we are seriously looking to go to the Middle East for the entirely unique challenge this kind of rally will bring to the championship,” read a WRC statement.

“In order to prepare a future event properly and to have sufficient time to realise this project together with all of our stakeholders, we are working very hard to have a WRC round in the Middle East in 2024.”

The release of the 2023 calendar confirmed the addition of an all-new tarmac-based Central European Rally, which will effectively replace a cornerstone of the championship since 1991 in Rally Spain.

The WRC’s new European event will be based in the southeastern German city of Passau, but the route will include trips into neighbouring Austria and the Czech Republic.

Speaking following the release of the calendar, Larkin believes this new rally will prove to be a beneficial addition to the calendar for fans.

“We obviously have a lot of experience with Germany over the years,” Larkin told Motorsport.com.

“We have, through our European Rally Championship events, good experience with the Czech Republic.

“But we shouldn’t underestimate that we are German/Austrian-owned company, so to have an event that deals with our two home countries is fantastic for us.

“It also allows us to bring a lot of fans from three different countries into one event. There are not many events that do that let alone a motorsport event.”

Larkin also confirmed that the WRC won’t shut its door on Spain returning to the schedule in the future, adding: “Unfortunately demand is high. Spain was out of contract and there was an opportunity to go to a three-country rally and maintain a tarmac split in the championship.

“We considered all the factors involved and sometimes tough decisions have to be made, and in…