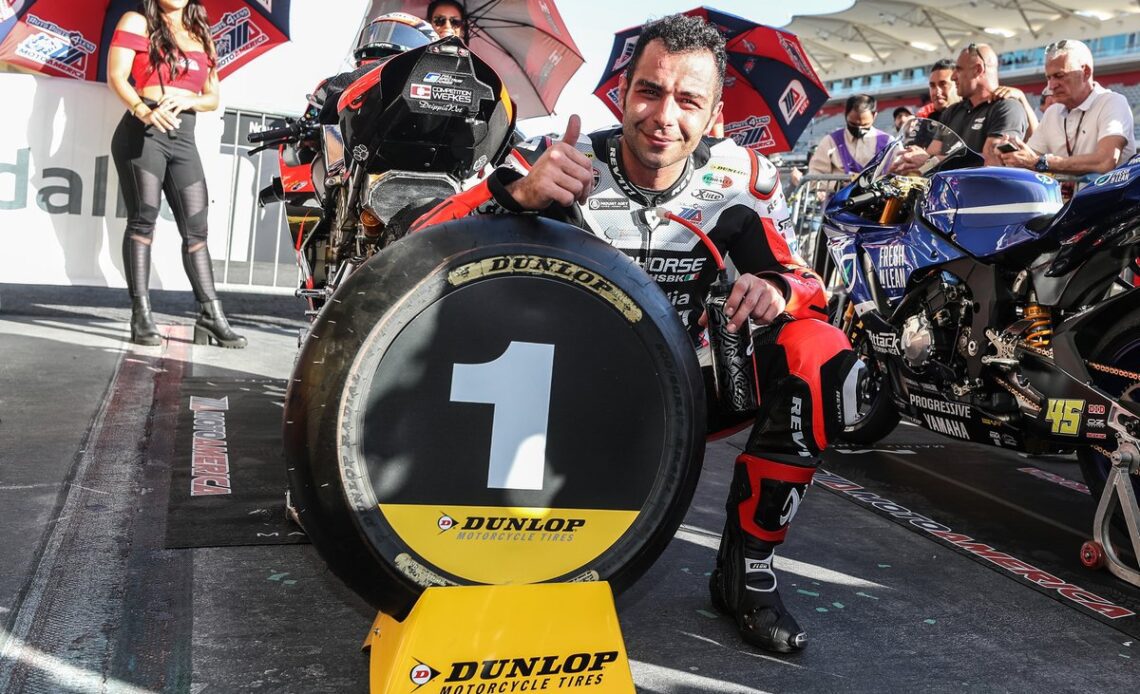 Last week, it was announced that one-time MotoGP race winner Petrucci will be joining the Barni Racing squad for his rookie WSBK season next year aboard a satellite Ducati V4 R Panigale.

Petrucci had represented the Borgo Panigale marque in MotoAmerica this season, finishing runner-up in the standings to Yamaha rider Jake Gagne, and was widely tipped to remain in the category for a second year.

However, in the end the Italian rider said what drove him towards the WSBK opportunity was the chance to campaign the V4 R, which won the title in the hands of Alvaro Bautista this year, at its fullest potential with Pirelli tyres, after a season of using Dunlop tyres in the States.

“What pushed me more towards WSBK was the fact that I hadn’t raced there yet,” Petrucci told GPOne.com.

“I had this opportunity with a very competitive bike, which I used this year, but on other tracks and with other tyres, and I was excited by the idea of ​​trying it where it’s at its best, because it’s the bike that won the world championship this year.

“I like riding motorbikes and if I have to choose, I choose the most competitive one. I did a lot of thinking. It took me a long time to come to this decision.”

Petrucci admitted that Ducati had wanted him to remain in MotoAmerica for 2023, divulging that he had been offered a salary increase to stay put.

“I have to say that it was very difficult to decide,” he said. “Eraldo Ferracci and the entire SBK team in MotoAmerica also worked very hard this year to make me race and they would have worked even harder next year to get me to race.

“It was great to race with Ferracci. He treated me like a grandson when I was there. He’s an incredible character and I’m so sorry I didn’t go. They had offered me even more than what I earned this year.

“They wanted me, also because I said right away that I didn’t want to come back, because I didn’t have the technical guarantees to say ‘I’ll go there and have fun’, because it’s a championship that can definitely be won, but this year Gagne had no rivals.

“We fought it out in the last race because he made a lot more mistakes than me and I picked up on that. I saw a bike with great potential, but with those [Dunlop] tyres something different is needed and it’s a very big commitment.”

Petrucci’s decision to join Barni comes at the expense of veteran Spanish rider Xavi Fores, who had been auditioning for the ride after replacing Luca Bernardi for the final three rounds…