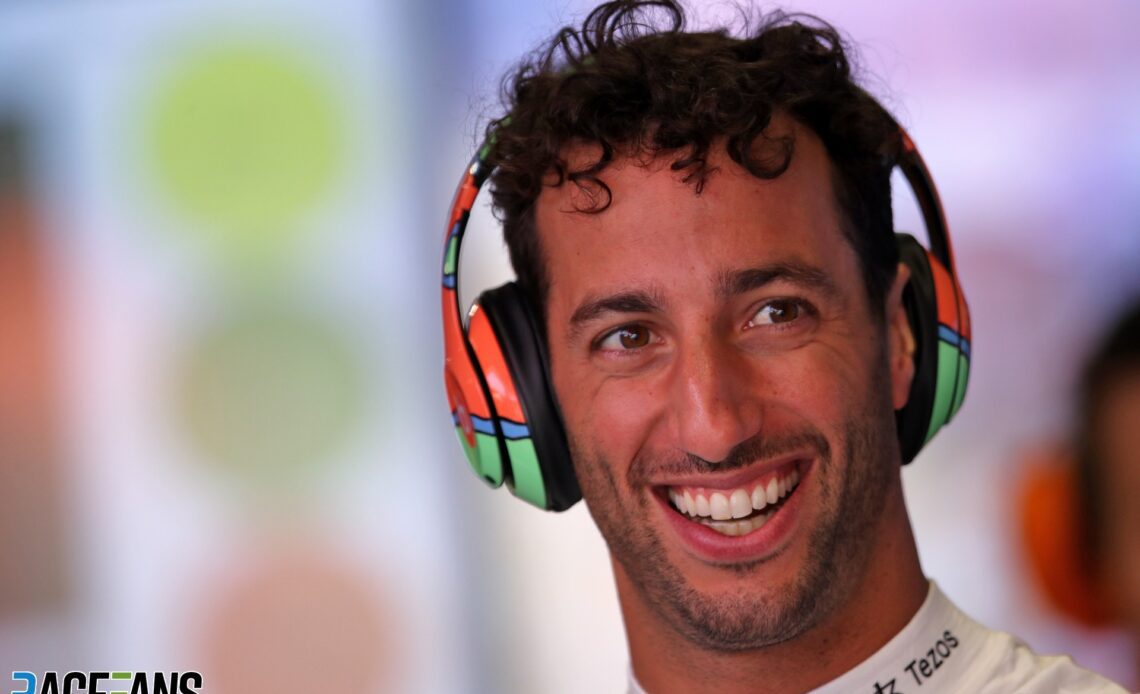 What Ricciardo gained from search for 2023 F1 role

After eventually deciding he wanted a reserve driver role in Formula 1 next year, having lost his race seat with McLaren, Daniel Ricciardo says he was warmed by his talks with Mercedes and Red Bull, who he eventually signed for.

“Once we connected with Red Bull, I was very appreciative of them giving me the time because they don’t owe me anything. So there was something there, and I felt it was – I was probably a little surprised, like they seemed as excited as me [about signing],” Ricciardo told the Australian Grand Prix podcast.

Although Ricciardo has returned to his old team, he confirmed it wasn’t the first time he’d looked at joining Mercedes. “Even when I was at Red Bull, Mercedes was always a team [to consider]. They were dominating, it was a team I was looking at.

“I had some conversations with them back in the day, and to have a few more now, it was nice. It was nice just to still be valued by some top teams after obviously the couple of years I’ve had.”

Ricciardo drove for Red Bull from 2014 to 2018, winning seven races and twice coming third in the championship. His subsequent moves to Renault and then McLaren resulted in only one win and two further podiums from the next four seasons. His substandard performances at McLaren led the team to end his contract with them a year early.

Red Bull junior Jehan Daruvala will be the reserve driver for Mahinda in Formula E next year, the first season of the championship’s Gen3 era.

The 24-year-old Indian is a significant signing for the team, which is Indian-owned and will have a home race for the first time in Hyderabad next February. Daruvala is expected to combine his FE role with a fourth season in F2 in 2023.

“To be a part of an Indian motorsport team is a dream come true,” said Daruvala. “FE is very competitive, and I am really excited about this new chapter of my career. Season nine promises to be very exciting with the all-new Gen 3 car and I am looking forward to learning and contributing, especially to car development and supporting the team.”

The 2023 Super Formula schedule has been revealed, with a reduction from ten races to nine for next season.

Fuji Speedway hosts the opening two races on the 8th and 9th of April, then two weeks later…