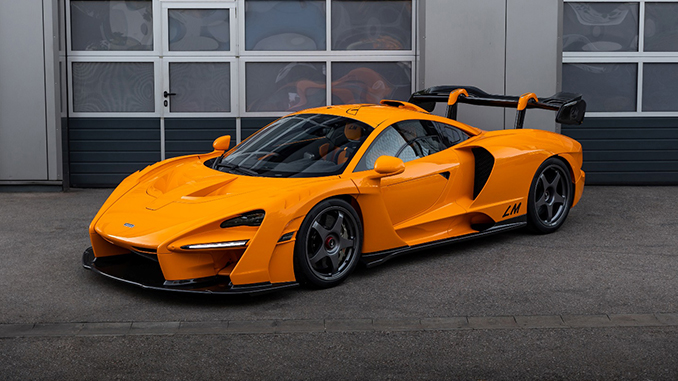 PARIS, FRANCE – November 30, 2022 – (Motor Sports NewsWire) – RM Sotheby’s is delighted to announce an all-new location in the “golden triangle” of Paris for its upcoming French auction to be held at the beginning of 2023. With the cars being sold next to one of the most iconic museums in the world, there is no doubt the quality of the cars will match that of the artwork housed next door.

The 2020 McLaren Senna LM is one of just 35 such cars produced and was created through a joint collaboration between the McLaren Special Operations department and Lanzante Motorsport. The LM model went through a comprehensive series of modifications, including a power upgrade to 814 horsepower and extra venting by the front fenders. The iconic Papaya orange livery pays homage to the McLaren F1 GTR that won at Le Mans in 1995, 25 years prior to the Senna LM’s launch. This example is presented in as-new condition with a mere 15 kilometres on the clock. These outstanding supercars rarely come to auction, and it is estimated at €1,400,000 – €1,600,000.

Italian designers have penned some of the most beautiful cars ever produced, and the Paris sale already features some stunning examples. The auction features a stunning 1972 Iso Grifo Targa Series II, which is one of only four open-topped examples to benefit from the more resolved second series styling. Delivered to the Sonntag dealership in Koblenz, it has resided in the current owner’s collection for more than 20 years (Estimate: €700,000 – €900,000). Another car that is renowned for its crisp styling and modern lines is the1970 Maserati Ghibli 4.7 Spyder by Ghia. Offered in fully restored condition and retaining its matching-numbers engine, this is an excellent example of one of Maserati’s most coveted models. This car is one of just 83 4.7-litre Ghibli Spyders constructed and is estimated to fetch between €675,000 – €750,000. Many consider…