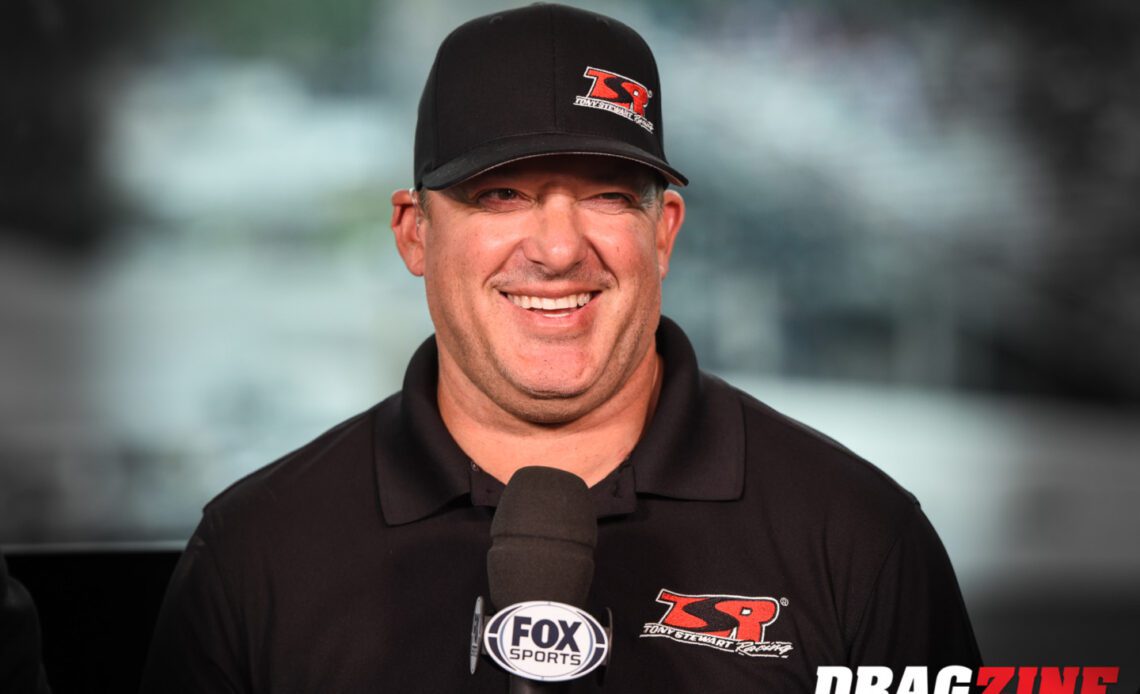 But he seems to have found a sweet spot at this point in his extraordinary career and in his life with NHRA drag racing.

Granted, he followed his heart – and his sweetheart, Leah Pruett – into the curious world of one-mistake-and-you’re-done racing. And although the straight-line sport is decidedly different from anything he ever has tried and mastered, Stewart has been all-in. He went from onlooker to team owner to TV analyst to driver – all within a matter of months and all with aplomb.

At first, he observed Pruett going through her paces and took mental notes about the logistics and nuances of drag racing, while “hanging out with the team” and simply “trying to stay out of their way.” Then, while transitioning from Pruett’s boyfriend to fiancé to husband and even to her team owner, he decided that he doesn’t “have a history of being a very good spectator. I always watch, and then I get that urge to want to know what it feels like in driver’s seat.”

Months after making his first-ever passes in an 11,000-horsepower Top Fuel dragster at Las Vegas, Stewart announced he would field a two-car team with Pruett in a dragster and Matt Hagan in a Funny Car. Within a year, he was on the racetrack again at The Strip at Las Vegas Motor Speedway, competing in the Lucas Oil Drag Racing Series for the McPhillips family this October and scoring a No. 2 start and runner-up finish in the Top Alcohol Dragster class.

You can appreciate that you would never see Tony walking around a pit area, smiling as much as he does at the dragstrip. – Ron Capps

As he progressed through his milestone day at Las Vegas, Stewart took a not-so-hidden shot at NASCAR, with whom he was understandably unhappy for a pair of fines earlier in the month that totaled $300,000. “I’m definitely having more fun than I’ve had in a long time, definitely not anywhere that has fenders on it. So I’m lovin’ this sport,” he said.

Indeed, Stewart appears to be lovin’ this sport. Before qualifying began at the October Las Vegas race, Stewart had said, “If I fall in love with it, like I think I might, who knows what the future can hold?”