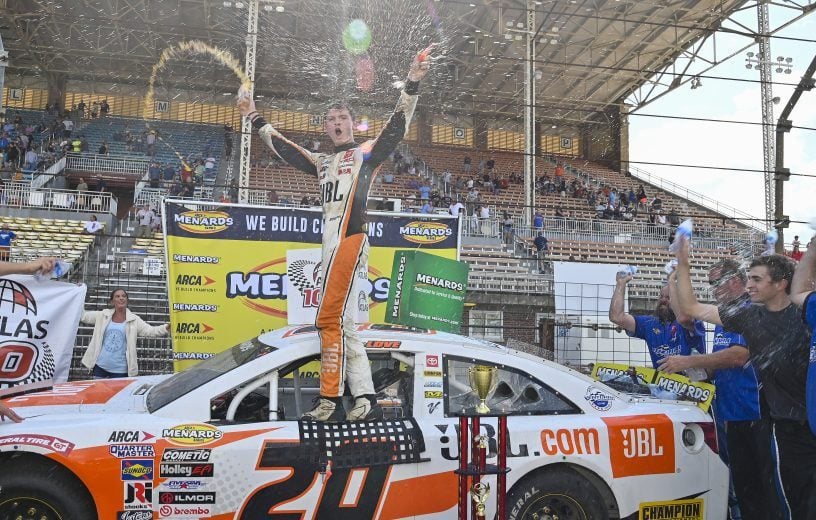 Love will pilot a Toyota for Venturini Motorsports, continuing his tenure with the organization.

Love’s car number, crew chief and sponsors have not been revealed at this time. Love piloted the No. 20 during his part-time 2022 ARCA slate.

Love will turn 18 on Jan. 18, making him eligible to compete for the main series championship for the first time in his career.

Love already has two ARCA-sanctioned championships on his resume, winning the 2020 and 2021 ARCA Menards Series West titles while with Bill McAnally Racing.

In addition to Love, Venturini’s 2023 driver lineup is coming together, with an expected announcement before the ARCA open test session at Daytona International Speedway on Jan. 13-14.

Winners of the past five straight ARCA races at Daytona, Venturini will have four drivers competing in the season opener at the 2.5-mile superspeedway.

Toni Breidinger and Gus Dean are not expected to run full time for the organization, whereas Amber Balcaen’s status is unclear.

Breidinger piloted the No. 25 full-time for the team in 2022. In her first full-time foray, Breidinger earned six top 10s, including setting her career-best finish of eighth at Salem, en route to a sixth-place finish in the points.

Dean joined Venturini for a part-time campaign in 2022. The South Carolina native overall has two wins, including a win at the other ARCA superspeedway racetrack Talladega Superspeedway, 18 top fives and 34 top 10s in his 59 career starts.

Balcaen debuted in ARCA in 2022 with Rette Jones Racing. She finished seventh in the points on the strength of six top 10s, highlighted by her career-best finish of seventh at Charlotte Motor Speedway.

Balcaen’s departure from Rette Jones would allow former actor Frankie Muniz to join the team. Muniz has been rumored to join RJR.