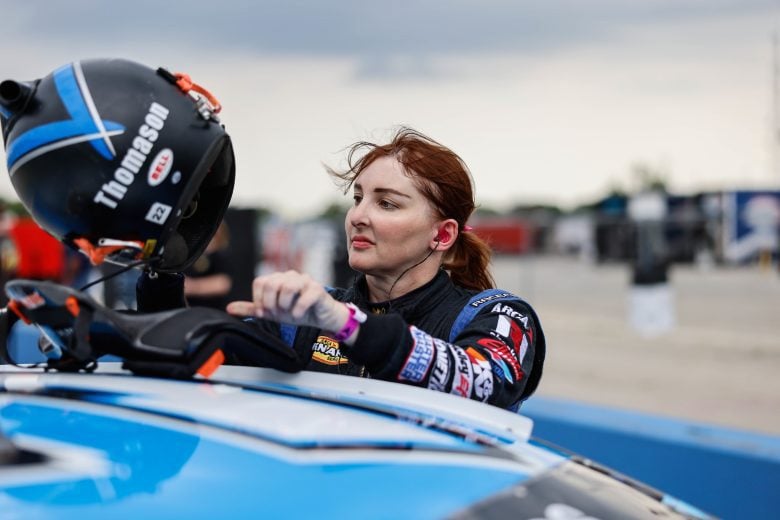 After Rita competed at the Milwaukee Mile for Tim Goulet Enterprises, the racetrack nearby where Tim grew up, the team rebranded as Rise Motorsports, it announced on Jan. 8.

Rita and Stephen Leicht will share the driving duties of the No. 31 in a part-time ARCA campaign, it announced in a release Jan. 8. Leicht will drive for the team in at least five races: Charlotte Motor Speedway, Mid-Ohio Sports Car Course, Michigan International Speedway, the second Kansas Speedway event and Bristol Motor Speedway.

Rita, meanwhile, will make her season debut at Berlin Raceway, also the site of her series premiere in 2022. She will also pilot the No. 31 at Iowa Speedway, Lucas Oil Indianapolis Raceway Park, Watkins Glen International and the Milwaukee Mile.

The team currently has two racecars, one Toyota and one Chevrolet. Rita has the racecar she drove in her 2022 ARCA events. Recently, the team acquired an old Xfinity racecar from Mike Harmon Racing that it converted into an ARCA racecar.

Additionally, the team may compete in the ARCA Menards Series East race at Nashville Fairgrounds Speedway, but the team must first secure sponsors for it.

Tim also wants the team to compete in the second dirt track event of the season at the DuQuoin State Fairgrounds. The driver would either be Rita or a funded competitor, but with about eight months until the race, no decision has been made yet.

Veteran crew chief Sebastian LaForge will be the crew chief for the team.

Rita debuted to a 12th-place finish in her series debut at Berlin with an early DNF due to a mechanical failure.

After pretty much sleeping all day Sunday (I was completely exhausted!), here’s a quick summation of my absolutely…

She then finished 19th at Mid-Ohio, 20th at Watkins Glen and 25th at Milwaukee. All four starts yielded DNFs.

Now co-owner of an ARCA team, Rita has higher expectations for herself in her second year of ARCA competition. Spending a lot of time on iRacing, Rita is committed to improvement as a driver, mentioning to Frontstretch she already has learned “left foot braking on ovals.”

In her first two starts, Rita drove for team owner Alex Clubb. “I had a blast racing for him last year and I’m definitely grateful to him…