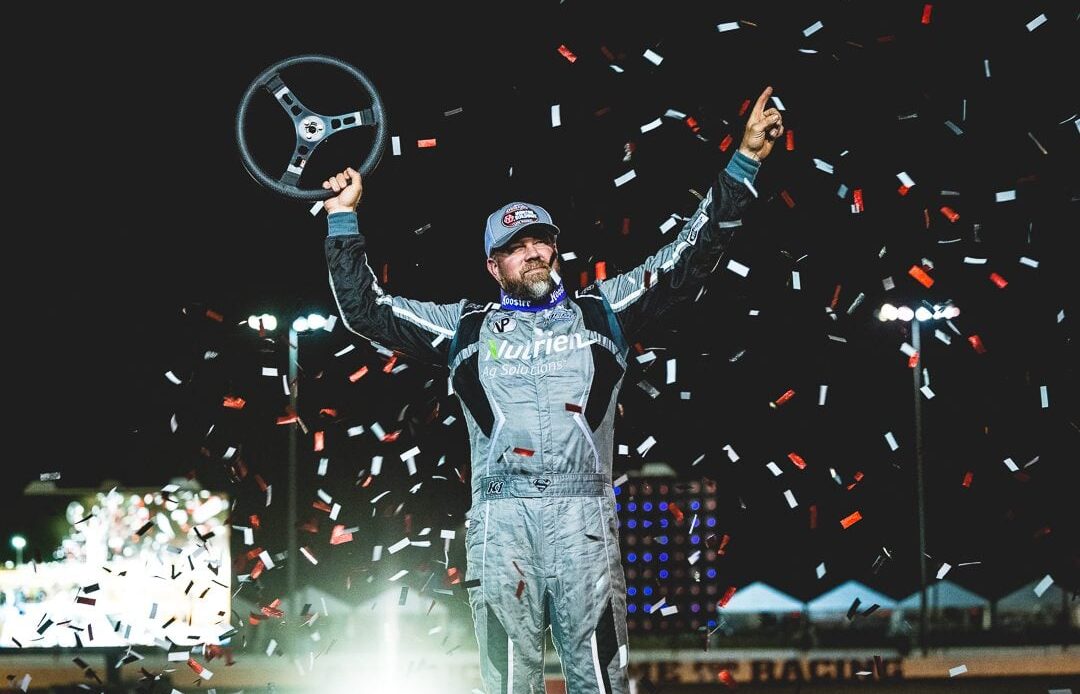 Dramatic Moment: All 40 laps of Sunday’s late model feature in Vado, N.M. Motor racing doesn’t get better than that.

In a Nutshell: In a span of 24 hours, dirt late model racing went from skunk beer to finely aged bourbon.

Yes, the season is only eight days old, but I’d wager the $10,000 purse that was on the line Sunday night that the duel between Davenport and Larson at Vado will be on every race of the year list that gets published come season’s end. To see two of the best in the sport throw sliders at each other at will through lapped traffic lap after lap, and to do it completely clean, was masterclass. I’m a late model supremacist for a reason.

That right there ladies and gentlemen is why SLM is the BEST FORM
OF MOTORSPORTS ON THE PLANET!!!!!!!!!!!

Vado Speedway Park has proven completely capable of replacing the now-demolished Arizona Speedway as home of the Wild West Shootout courtesy of a superb racing surface. Speaking as a race fan, I don’t want to see the event leave Vado. But my goodness were the grandstands empty this Sunday night. I don’t know where the disconnect is, but the on-track product is way too good for empty grandstands.

Talk about a bipolar weekend. I don’t know that I’ve seen a worse super late model race in my life than Saturday’s Ice Bowl feature at the Talladega Short Track. Seventeen yellow flags in a 50-lap race, coupled with only one lead change coming because the leader’s right-rear tire popped. All I can say is I’m glad the track PA at TST kept reminding fans that the track was going to be reconfigured with new clay before the track races again. Screw the bulldozers, drop a MOAB.

On that same note though, watching Talladega’s Ice Bowl tear up a huge number of cars like it always does, I can’t help but shudder…