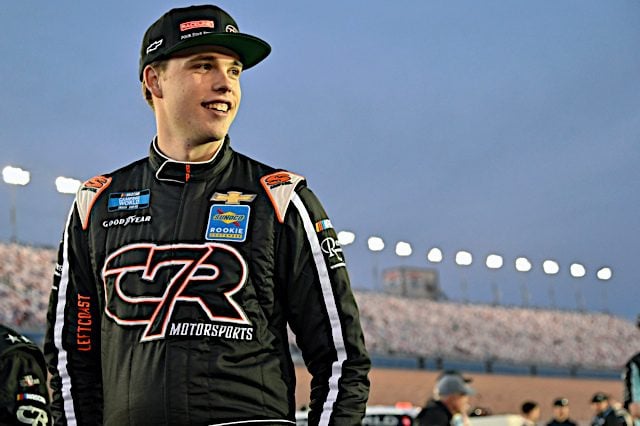 Blaine Perkins will graduate to the NASCAR Xfinity Series full time in 2023, driving the No. 07 for SS-Green Light Racing, RACER reported Jan. 9.

The news was later confirmed via a retweet from SSGLR.

He also drove a limited Xfinity schedule in 2022 for Our Motorsports.

His best Truck result in 2022 was 18th at Nashville Superspeedway, while he scored a top bow of 10th in Xfinity at Martinsville Speedway.

In 2022, the No. 07 was primarily driven by Joe Graf Jr., who has since departed the team. The car also earned a win at Auto Club Speedway with Cole Custer behind the wheel.

A replacement for Perkins at CR7 has not been announced. SSGLR has also not confirmed a driver for its No. 08 program, which ran full time in 2022.