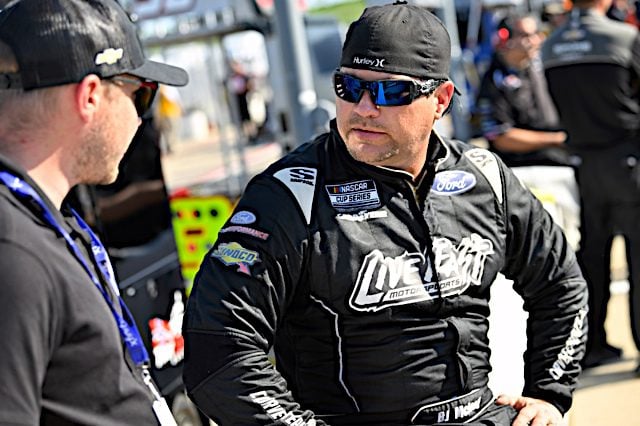 B’laster Holdings is back as a sponsor of Live Fast Motorsports’ No. 78 NASCAR Cup Series team, LFM announced Jan. 10.

The company will begin its sponsorship of the No. 78 at Atlanta Motor Speedway, with team co-owner BJ McLeod driving.

“I’m thrilled to be partnering with B’laster for a second year,” co-owner Matt Tifft said in a team release. “Working with B’laster’s team as well as using their products has been incredible. We look forward to seeing this relationship grow throughout the next season and making the Rust Belt Warriors proud.”

LFM has announced McLeod and Josh Bilicki as its drivers for 2023 so far. In 2022, the team earned one top 10, with McLeod finishing seventh at Daytona International Speedway.