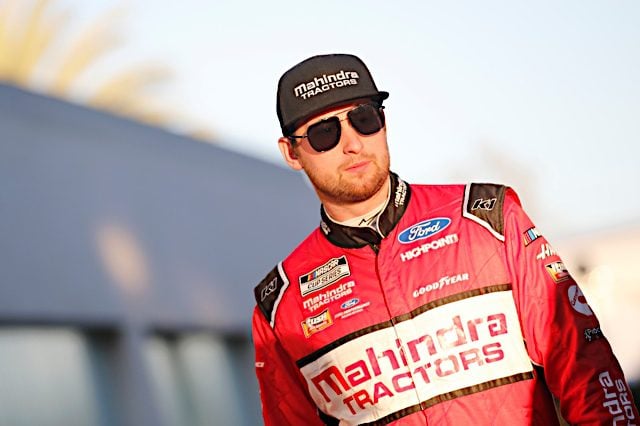 The Hendrick Motorsports Cup Series regular was originally scheduled to run his Chili Bowl qualifier race on Monday night (Jan. 9), but opted to run later in the week after receiving a promoter’s invitation to the Race of Champions, also on Monday. Bowman ran an uneventful race and finished 12th.

.@Alex_Bowman kicked off @cbnationals week by earning a 12th place finish in the Race of Champions. Great opportunity for laps on track before his prelim night tomorrow! pic.twitter.com/loJa1kTMIx

Cup Series regular Briscoe had a successful Monday night at the Chili Bowl Nationals in a number of ways, scoring a top-five finish in the Race of Champions after being given a promoter’s provisional and locking into the A-main preliminary based on his heat race and qualifier passing points.

Briscoe also had a strong showing in Monday’s qualifier feature, moving forward from 12th to fifth over the course of 30 laps. The end result? Briscoe dodged much of the alphabet soup and will start in one of Saturday’s B-mains.

It’s his second preliminary top-five and he’s in Saturday’s B-Main with a good shot at making his second-career @CBNationals A-Main.

The three-time Truck Series champion spent the week at the Cocopah Speedway in Arizona contesting the modified portion of the IMCA Winter Nationals, though fans would be forgiven if they were unaware of that. Crafton had a very quiet showing at Cocopah, qualifying for only one of the four A-mains that were raced.

Crafton’s opening night Wednesday was over before it began, as he was forced to jump the cushion to avoid contact with a slow car in the first corner on the first lap of his heat race. That left him buried in his B-main, never to contend for a transfer spot. The No. 88 ran stronger on Thursday, but an awkward exchange with Paul Stone with seven laps to go in his B-main saw Crafton drift backwards away from a transfer spot.

Friday was Crafton’s breakthrough night, squeaking into the A-main after narrowly holding off Tumwater, Wash.’s Tyson Blood in his B-main. That…