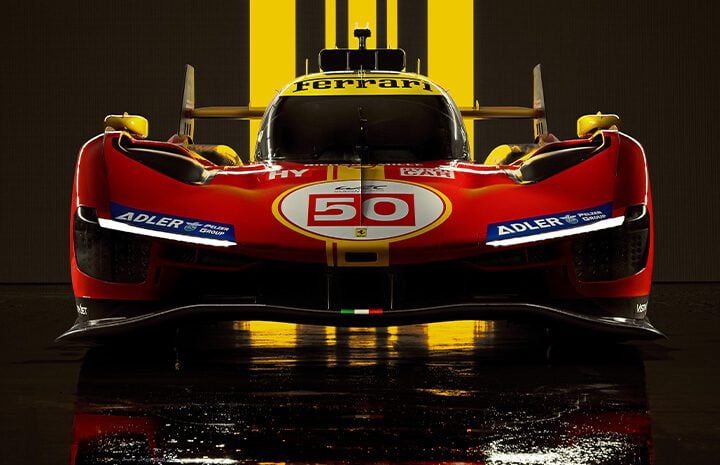 Ferrari revealed their sextet of drivers that will pilot the new Ferrari 499P in the FIA World Endurance Championship Tuesday (Jan. 10). The lineup will be a mix of Ferrari’s existing factory GT racers for the most part.

The No. 50 will be shared by Antonio Fuoco, Miguel Molina and Nicklas Nielsen. Molina is the veteran of the group, having driven for AF Corse off and on since 2017. Fuoco is the newest hotshoe with the team, having joined AF Corse for 2022 after racing with Cetilar Racing previously. Fuoco and Molina teamed together last year and finished third in GTE-Pro points. Nielsen has been with AF Corse for the past couple of years, but primarily in LMP2 equipment. Last year, Nielsen won the LMP2 Pro-Am subclass title alongside Francois Perrodo and Alessio Rovera.

“It’s a big thrill for me to be part of this [program] because Ferrari’s return to the top class of the World Endurance Championship after 50 years is historic,” Fuoco said. “Personally, I am looking forward to this new [program] because it’s special to me, having witnessed its birth and development. We are working hard during testing, and I look forward to racing at Sebring.”

Meanwhile, the No. 51 will be shared by defending GTE-Pro class champions James Calado and Alessandro Pier Guidi. They will be joined by Antonio Giovinazzi, who will race in the WEC in addition to his role as reserve driver for Scuderia Ferrari in Formula 1. Calado and Pier Guidi have been teammates for the last six years.

“I am very proud to have been chosen as one of the six drivers to race the Hypercar, a car whose importance – also historical – is very clear to us,” Pier Guidi stated. “There are high expectations, even more so because we are racing for Ferrari. We have a big season ahead, but I am preparing hard to be ready. Sebring is just around the corner, but we still have tests to be ready for the first race, although our actual level will become apparent with the European races.”

In Giovinazzi’s case, he has a fairly limited amount of sports car racing experience. He has prototype starts, but they were all prior in 2017 in LMP2 equipment. Back then, LMP2 cars were limited to roughly 450 horsepower, but with multiple engine manufacturers. He earned a second-place finish at Shanghai Circuit in 2016 in a Ligier JS P2-Nissan for Extreme Speed Motorsports alongside Sean Galael and Tom Blomqvist.