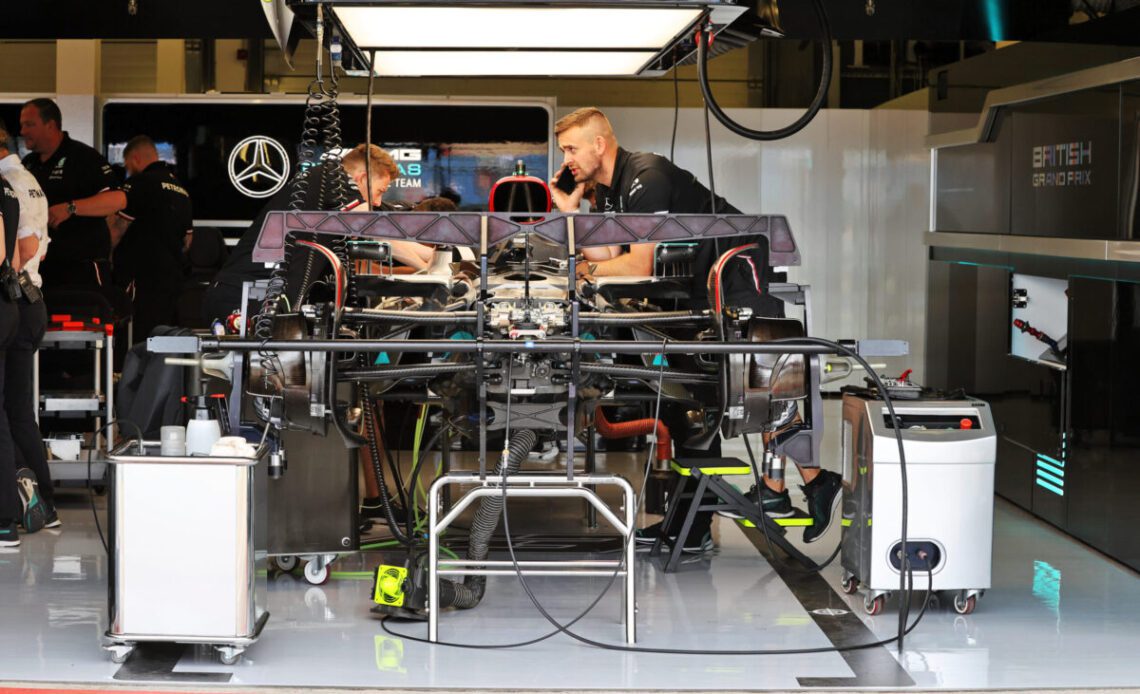 ‘It’s easy to say we’re having a tough time when we’ve been through the last eight Formula 1 world championships, winning them all, and we’re not in that position this year,’ says Mike Elliott, technical director of Mercedes AMG Formula 1, on the team’s 2022 performance. ‘We’re bound to think it’s not brilliant. However, looking at a wider context, the 2022 regulations intended to mix up the field and improve the show. In that way, Formula 1 achieved those outcomes.’

Mercedes’ change of fortune since the introduction of the hybrid era has been well documented. Its 2022 car, the AMG F1 W13 E Performance (the 13 referring to it being the 13th car produced by the Mercedes-AMG works team since re-entering F1 in 2010), was the product of a top to bottom re-design in line with new Formula 1 regulations. The only carry-over element from its predecessor was the steering wheel.

Operating from a blank slate, with a steep development curve, the team’s Brackley and Brixworth engineering squads had to push much harder than the previous generation of Formula 1, where they stole a march on the competition and carried it through to the end of the era. Unlike the prior generation of dominant Mercedes machinery, the W13 had a bumpy coming of age.

For context, the 2022 rules reduced the cars’ wake (turbulence caused by the car passing through the air) as a function of the new aerodynamic regime, allowing competitors to get closer to one another, particularly in the corners. The challenge of overtaking in the previous generation of Formula 1 was primarily down to this wake. However, the lower wake means the corner gains are somewhat outweighed by the toe effect (slipstreaming) reduction on the straights.

Net, Elliott said the cars’ resulting closeness and overall competitiveness over an individual lap have not changed much. ‘In terms of closing up the grid, it’s probably the same split as we’ve had before,’ he notes. ‘I guess we are the only ones that have seriously changed position in the rankings, and that’s our problem to deal with. We ended up with a poorly behaving car and an uncomfortable ride for the drivers, thanks to the direction we took with the new aerodynamic establishment.’