Fr8Auctions Back With FRM For 2023 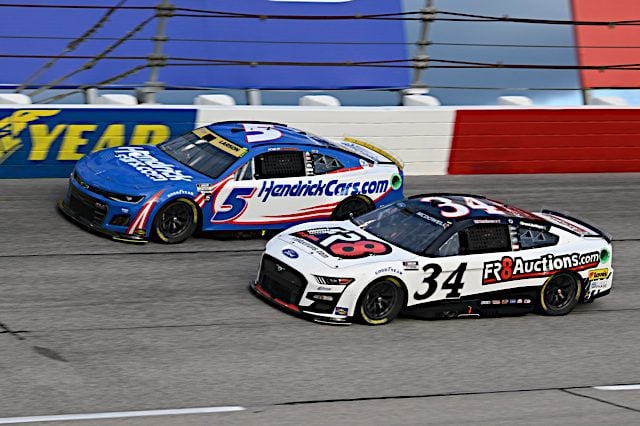 Fr8Auctions will continue its sponsorship of Front Row Motorsports in 2023, FRM announced Jan. 11.

The company remains with FRM in some capacity for the eighth straight year.

Fr8 will first adorn an FRM car in the Clash at the Los Angeles Coliseum via Michael McDowell’s No. 34 in the NASCAR Cup Series.

“This is a big milestone to be celebrated and admired,” McDowell said in a team release. “Fr8Auctions has been a loyal supporter of Front Row Motorsports and have been a critical part of our growth. It is great to have their continued support because we can’t continue to get better without their support. We have bigger goals this season and Fr8Auctions.com will get us started in the right direction at The Clash and be with us all season.”

Additionally, the company’s colors will be found on FRM NASCAR Craftsman Truck Series driver Zane Smith’s No. 38 at Atlanta.

“We really want to get the Fr8Auctions.com Ford into victory lane at Atlanta during their race event this year,” Smith said. “That is a goal that we have this season. Also, they were one of the biggest supporters of our program last season, and I am excited to have Fr8Auctions.com with us as we chase our second championship together.”