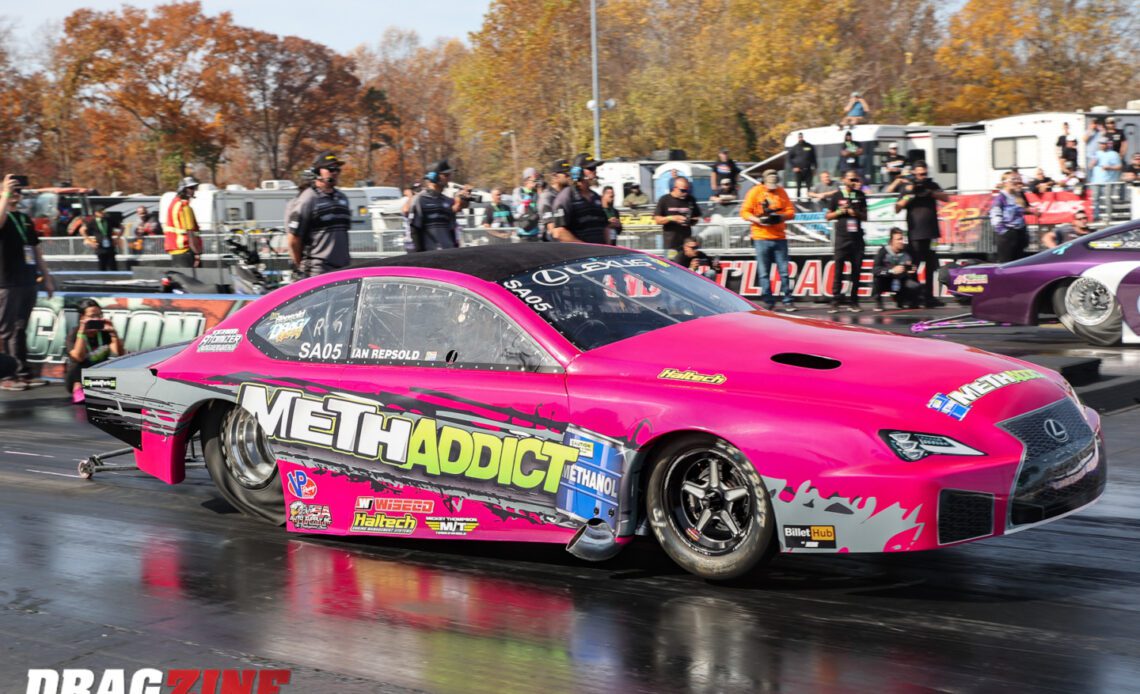 Drag racing is a global motorsport that attracts the same kinds of people everywhere you find it, those who like to go fast, and those who like to build things. South African native Ian Repsold grew up around racing and building his own cars. Repsold has transplanted himself to the United States so he can enjoy drag racing as much as humanly possible.

When people talk about drag racing, South Africa isn’t the first country that comes to mind as a hotbed for the sport, but don’t tell that to Repsold. Repsold grew up in South Africa and has made the move to the United States to grow his business and race as much as he can. The influence of his father, brother, and uncles is what drew Repsold to racing.

Repsold really started getting serious about drag racing in 2008 when he started to build faster cars than most of the people around him. It may sound like a mundane thing to build a fast car, but when you live outside the United States, it’s not an easy task.

Repsold’s current home-built hot rod is an impressive machine. The Lexus IS250 body is a one-off piece that Repsold made himself by making a mold from an OEM vehicle. Repsold got to work massaging the body to fit his needs, doing all the work himself. The Lexus body rides on a Quarter-Max chassis kit that Repsold purchased and assembled at his home shop in South Africa.

A steel block 2JZ engine that’s backed by a Powerglide transmission and Neal Chance torque converter sends power to the Tim McAmis rearend. A set of Penske shocks help plant the slicks in the rear, while shocks from Strange Engineering are stationed at the front of the Lexus. A 91mm turbo provides the boost and has helped the Lexus lay down an impressive 6.67 run at 206 mph.

One thing you don’t want to do is question Respold’s dedication to the sport of drag racing. Respold’s first trip to the United States to race at the World Cup Finals: Import vs Domestic almost never happened.

“Three months before we were supposed to load the car into a container to ship over here, we totaled the front half in a crash. So, we had to rebuild the car in just 11 weeks to make the race the first time we came here. We had a…