Jimmie Johnson to drive No. 84 for rebranded Legacy Motor Club 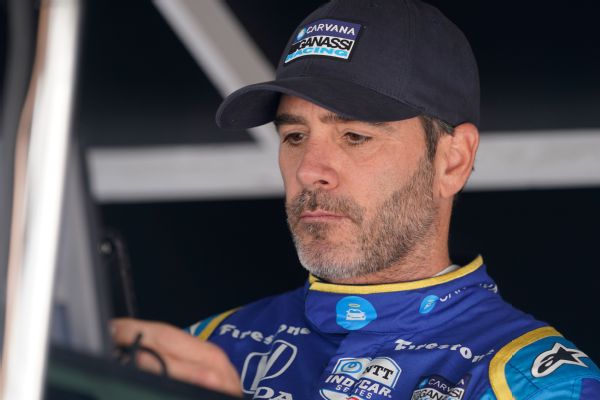 CHARLOTTE, N.C. — — Jimmie Johnson on Wednesday revealed his rebranded NASCAR team and said he will drive the No. 84 — the reverse of his longtime No. 48 — when the seven-time champion competes for Legacy Motor Club.

Legacy Motor Club replaces Petty GMS, the name the two-car Cup team had last year when Maury Gallagher became the primary owner of Richard Petty’s organization. Johnson bought into the ownership group in November, and with two of NASCAR’s seven-time champions part of the team, the name change was fitting.

“With the addition of Jimmie in an ownership role, we knew change was inevitable with his experience and knowledge,” said Gallagher, who is entering his second year of Cup ownership.

“Our goal is to win races, win championships and to represent our partners by performing at the highest level. The new image of Legacy M.C. is something that will allow us to stand out and foster a team environment that breeds success.”

Legacy M.C. will field a pair of full-time Chevrolets for Erik Jones in Petty’s famed No. 43, and Noah Gragson will join the team in the No. 42 this season. Johnson, who has so far only announced he will enter the Daytona 500 next month, will pilot the No. 84 when he races.

Johnson drove the No. 48 for his entire Cup career with Hendrick Motorsports, as well as the last two seasons in IndyCar. Alex Bowman currently drives Johnson’s old No. 48 at Hendrick, forcing Johnson to find a new number for his NASCAR return.

“After brainstorming about the new name of our team, Maury and I recognized the opportunity to do something special and different,” Johnson said. “We felt it was important to have a name that honored the past and acknowledged the future. The term ‘Motor Club’ is a nod to car clubs of the past. Legacy M.C. will be an inclusive club for the automobile racing enthusiast.

“I am excited to be a part of a story so rich in heritage and look forward to creating a new legacy in this sport outside of the race car.”

Johnson told The Associated Press later Wednesday he’s still working on his 2023 schedule, including partnership announcements. Carvana, which sponsored Johnson’s two seasons of IndyCar, said it will be his sponsor for the Daytona 500. Johnson is a two-time Daytona 500 winner.

He said running the all-star exhibition race at North Wilkesboro Speedway is still high on his priority list, but he acknowledged that it conflicts with Indianapolis 500 qualifying. Johnson made his Indy 500 debut last season —…