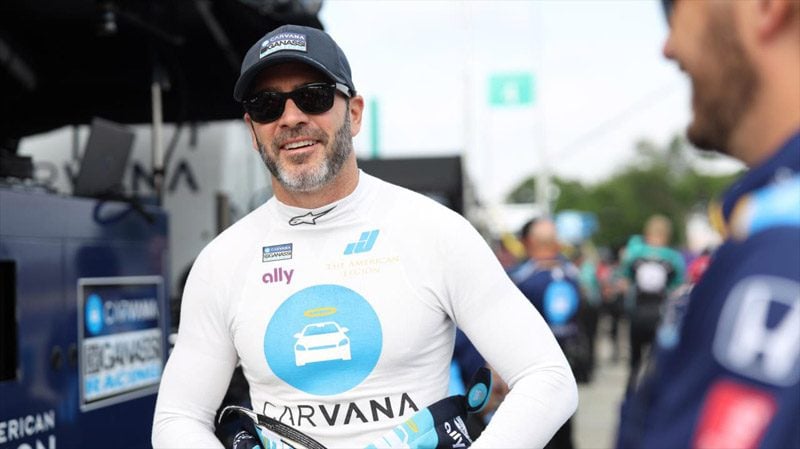 As part of the announcement, new co-owner Jimmie Johnson revealed he will drive the No. 84 for the team in the Daytona 500, with Carvana sponsoring the effort.

Johnson initially made the announcement on NBC’s Today.

Erik Jones and Noah Gragson will drive for the team full time, as previously announced.

“Just over a year ago, I had the opportunity to acquire Richard Petty Motorsports in the NASCAR Cup Series,” co-owner Maury Gallagher said in a team release. “We made great strides throughout the 2022 season — winning the Southern 500 with Erik at Darlington and bringing Noah into the team for 2023. With the addition of Jimmie in an ownership role, we knew change was inevitable with his experience and knowledge.

“Our goal is to win races, win championships and to represent our partners by performing at the highest level. The new image of LEGACY Motor Club is something that will allow us to stand out and foster a team environment that breeds success.”