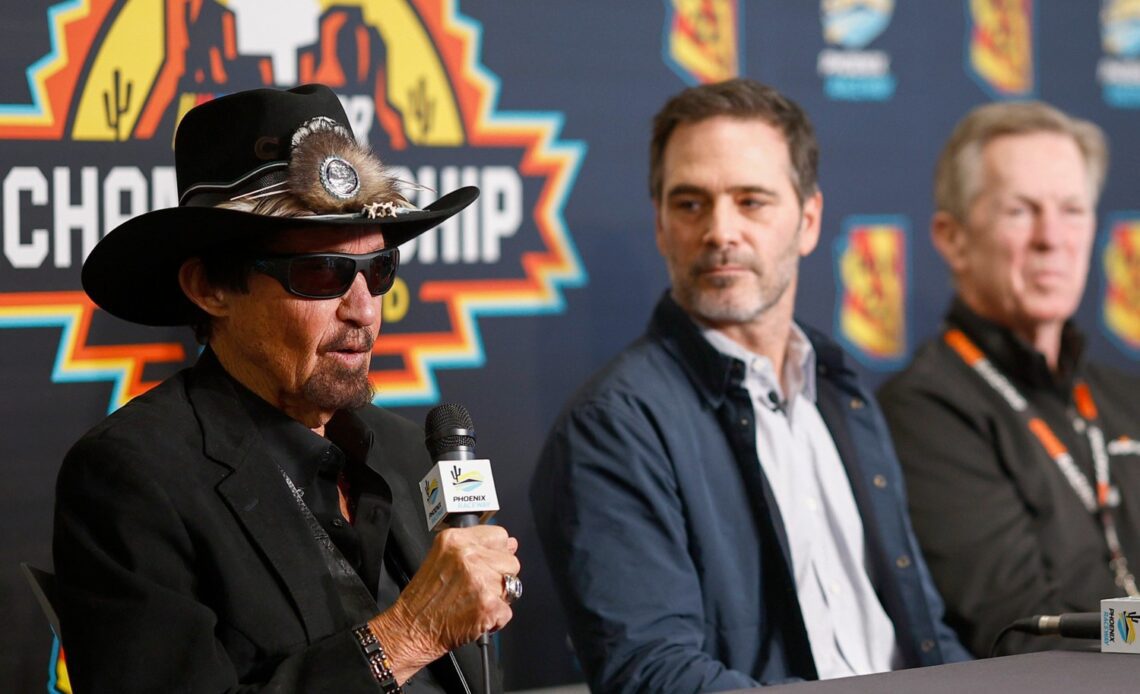 At the conclusion of the 2022 NASCAR Cup Series season, it was announced that Jimmie Johnson had purchased an ownership stake in Petty GMS and would be making his return to the cockpit on a limited basis starting in 2023.

On Wednesday, his involvement with the team took another step forward as the team unveiled its big rebrand on the Today Show on NBC, with the team now carrying the name of Legacy Motor Club to pay homage to its past identity and look forward to the future of the organization.

Erik Jones will continue to drive the iconic No. 43 Chevrolet, along with Noah Gragson moving up from the Xfinity Series to pilot the No. 42 car.

Johnson’s return to the Cup Series after a two-year stint in the NTT IndyCar Series will see him behind the wheel of the No. 84 machine, a nod to his previous time in the Cup Series in which he won seven championships while driving the No. 48 Chevrolet.

“Just over a year ago, I had the opportunity to acquire Richard Petty Motorsports in the NASCAR Cup Series,” said team co-owner Maury Gallagher. “We made great strides throughout the 2022 season – winning the Southern 500 with Erik at Darlington and bringing Noah into the team for 2023.

“With the addition of Jimmie in an ownership role, we knew change was inevitable with his experience and knowledge. Our goal is to win races, win championships and to represent our partners by performing at the highest level. The new image of LEGACY Motor Club is something that will allow us to stand out and foster a team environment that breeds success.”

Johnson explained that the team name was something they worked on over the offseason, eventually settling on the Legacy Motor Club name instead of some iteration of the three team owners names.

“After brainstorming about the new name of our team, Maury and I recognized the opportunity to do something special and different,” Johnson said. “We felt it was important to have a name (LEGACY) that honored the past and acknowledged the future. The term ‘Motor Club’ is a nod to car clubs of the past. LEGACY M.C. will be an inclusive club for the automobile racing enthusiast.

“I am excited to be a part of a story so rich in heritage and look forward to creating a new legacy in this sport outside of the racecar.”