"We needed to step in" after Chastain wall-ride 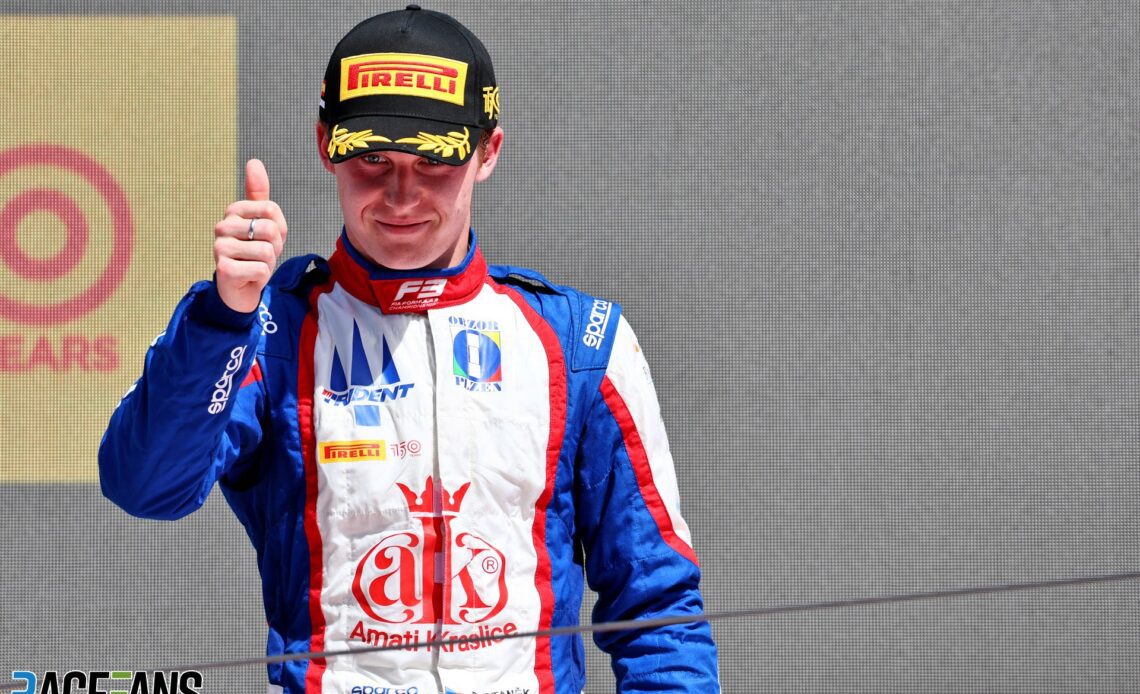 Trident have completed their 2023 Formula 2 line-up with the signing of Roman Stanek, a winner with the team in Formula 3.

The 18-year-old Czech will be embarking on his rookie F2 campaign, and will be team mate to Fernando Alonso protege Clement Novalak.

Stanek has raced in the FIA F3 Championship for the past three years, scoring once as a rookie with Charouz Racing System in 2020, making the podium twice with Hitech GP in 2021 and then fighting for the 2022 title with Trident. He ended the season fifth in the standings with a pole position and a race win to his name.

“I’m very thrilled to be working with Trident again this year,” said Stanek.

“I’m already at work with the team and Giacomo [Ricci, team manager], who is a great mentor to me, to achieve our goals together. This is going to be a year full of challenges and I’m ready for it.”

Stanek’s performances at Trident last year proved vital in securing his racing future. Had he not kept his F3 title challenge going until the final round last year, then he would not have received the backing to continue in motorsport for 2023.

He debuted in car racing in 2019 as a Sauber junior in Formula 4, and won in the ADAC and Italian championships. Stanek also has experience in Formula Regional and Euroformula, in which he won a race at Imola during a 2021 cameo.

“I think that moving up within the same organisation is an important added value in terms of continuity,” Ricci said. “He knows the team very well, and we will be able to support him in the best possible way.

“Stanek had a remarkable 2022 season in the FIA F3 Championship with Trident, and I think there are all the components that are needed to perform at a high level this year as well.”