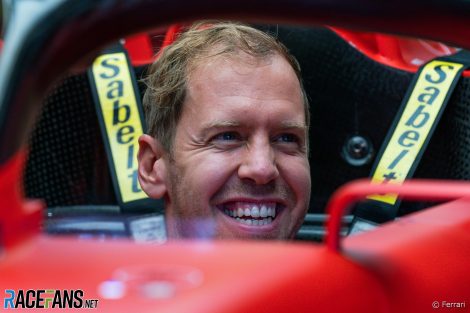 In the round-up: A little-driven super car belonging to recently retired F1 champion Vettel is on the market.

The asking price for the petrol-powered car, which has an automatic gearbox, is €250,000 (£221,906). It has been driven just 150 kilometres since entering Vettel’s possession in July 2012, and has been based in his collection in Switzerland since then.

In recent years Vettel has become an advocate for eco-friendly behaviour. In 2021 he put another eight cars, including five Ferraris, up for sale.

Mexico’s NACAM Formula 4 championship has a long history with the country’s Formula 1 race, with the inaugural F4 race to take place in Mexico running in support of the 2015 Mexican Grand Prix.

The championship has supported every edition of the grand prix held since then, and will continue to do so in 2023 following the announcement of its calendar for the season.

Mexico City will hold four rounds, including the F1-supporting finale, Queretaro will host two and former Formula E venue Puebla will also have a round. Following the season there will be a non-championship event in Mexico City.

The F4 United Arab Emirates championship gets underway this weekend, and has attracted several talents backed by F1 teams.

Red Bull junior Arvid Lindblad is racing for Hitech GP before he moves to Prema for the Italian F4 season, and that team has signed McLaren junior Ugo Ugochukwu for the UAE campaign.

‘The efforts of Michael Andretti to have his eponymous organisation join F1 have proved divisive. On the one hand, is the FIA, and more specifically support its President Mohammed Ben Sulayem. Seemingly on the other is the sport’s commercial rights holders, headed by ex-Ferrari boss Stefano Domenicali, and a host of teams…