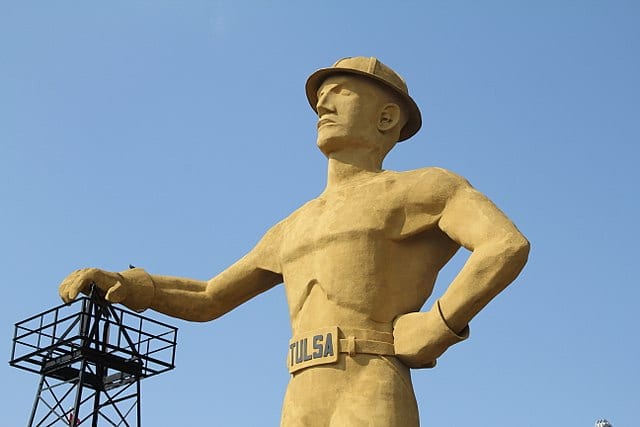 Dramatic Moment: Ashton Torgerson left the Tulsa Expo Center in an ambulance after a frightening crash during Wednesday’s Chili Bowl prelim feature after his car flipped and his safety belts released, sending the driver out the roof and onto the racing surface. Torgerson was awake and communicating to rescue personnel when he left the track in an ambulance.

As of this writing, Torgerson was described as awake and alert at the hospital with feeling in his hands and feet.

Update from the @torgersonracing family on @_Torgerson02 –

Ashton is awake and alert at the hospital. He has feeling in hands and feet and has passed his tests so far.

He’s now going into scans. We will continue to keep you posted. @cbnationals

In a Nutshell: The Chili Bowl Nationals proved even after a wreck-filled sham Tuesday that they’ve yet to find rock bottom.

Sincere thoughts and prayers go out to Ashton Torgerson, his family and his race team after the scariest incident I’ve viewed on a racetrack since Ryan Newman’s near-death experience in the 2020 Daytona 500. And if you’re one of those that chooses to be glib anytime someone uses the words “thoughts and prayers” these days, kindly find a roof and jump off.

There was a real dichotomy to what unfolded in Tulsa Wednesday night. We’ll start with the positive. Flo Racing and their crew did a phenomenal job handling the situation. Their camera crews cut away the second they realized how severe the wreck was and at no point trained cameras on the scene, the ambulance or replays of the incident. The crew did not speculate on anything relating to Torgerson’s condition. And while I don’t agree with all the sentiments the booth expressed, they were composed and respectful throughout. It’s not an exaggeration to call their handling of a difficult night textbook and a case study to be emulated.

Man… Great job by whoever is…