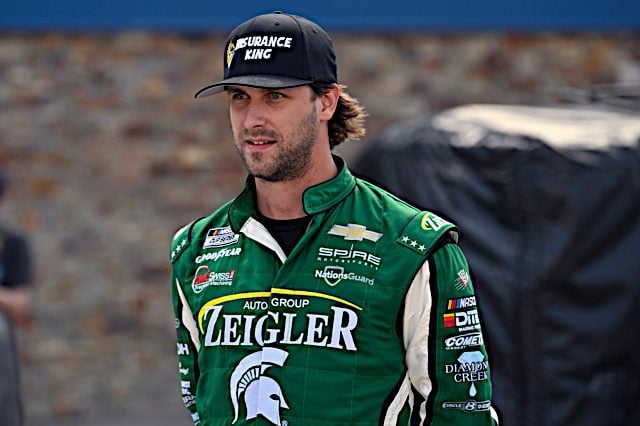 Josh Bilicki has added to his 2023 NASCAR schedule, running a part-time jaunt with DGM Racing in the NASCAR Xfinity Series, DGM announced Jan. 12.

Bilicki will drive the No. 91 starting at the season opener at Daytona International Speedway.

“Driving for DGM Racing and the Gosselin family at the season opener at Daytona in 2022 and scoring a top-ten finish was a highlight of my year,” Bilicki said in a team release. “The entire team welcomed me with open arms, and we stayed in touch throughout the 2022 season, even when we were competitors. This felt like a very natural fit for me and my sponsors, and I am hoping to mirror our results next month at Daytona.“

Bilicki is the second driver to be announced to the DGM stable in 2023. Josh Williams will pilot the No. 92 full time.

“As we make changes over the off-season and prepare for Daytona, locking in a competitive lineup of drivers for our second full-time entry has been a top priority,” DGM owner Mario Gosselin said. “Josh has grown to be a fierce competitor and has shown continuous success over time. We’ve always enjoyed racing against Josh, and we are extremely excited to welcome him back to DGM Racing so we can pick up where we left off last February.”

Bilicki made seven Xfinity starts in 2022, including at Daytona with DGM, where he finished ninth.

Bilicki’s other races in the No. 91, as well as other drivers to complete the car’s full-time campaign, will be announced at a later date.