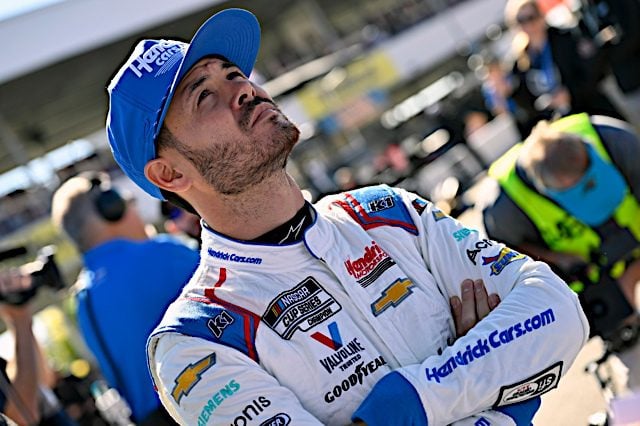 Kyle Larson will become the latest driver to attempt the Indianapolis 500/Coca-Cola 600 double, as he’ll enter the Indy 500 with McLaren Racing in 2024, McLaren announced Jan. 12.

The car will be co-owned by Rick Hendrick, his NASCAR Cup Series owner.

HendrickCars.com will sponsor the effort.

“I’m super excited,” Larson said in a team release. “Competing at the Indianapolis 500 is a dream of mine and something I’ve wanted to do for a very long time – since I was a child before I ever began competing in sprint cars. To do it with McLaren Racing and Mr. Hendrick especially is a dream come true.

Should he qualify, Larson will become the first driver to pull off the double since Kurt Busch in 2014, assuming no one announces a 2023 attempt.

“Adding Kyle Larson with a HendrickCars.com partnership to the Indy 500 lineup in 2024 is exciting for our Arrow McLaren team as well as for race fans,” McLaren’s Zac Brown added. “He’s a complete driver, known for racing anything on wheels, so I’m looking forward to seeing what Kyle can do in an NTT INDYCAR SERIES car. It’s been great working with Rick Hendrick and (Hendrick Motorsports vice chairman) Jeff Gordon to pull this together, so a big thank you to them for what’s to come in May 2024.”