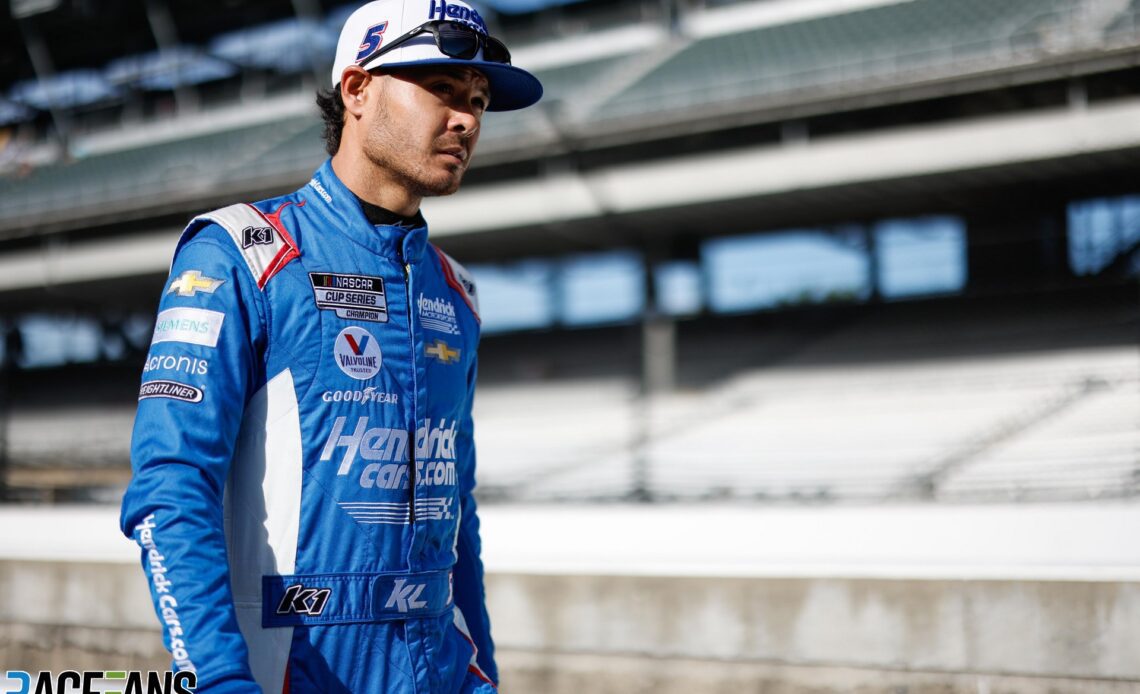 McLaren have announced they will run 2021 NASCAR Cup champion Kyle Larson in next year’s Indianapolis 500 as he attempts a ‘double-header’ by contesting another race on the same day.

Larson, who races for Hendrick Motorsports in NASCAR’s premier class, will race both the Indianapolis 500 in Indiana and then the NASCAR race 700km away in Charlotte, North Carolina on the same day. He will become the latest in a line of NASCAR drivers attempt to win both races on the same day – known as ‘the double’ – including Kurt Busch, Robby Gordon and Tony Stewart.

The 30-year-old said competing in the Indy 500 will fulfil a long-held ambition to race in the fabled event. Larson said he was “super excited” to attempt the double with McLaren.

“Competing at the Indianapolis 500 is a dream of mine and something I’ve wanted to do for a very long time – since I was a child before I ever began competing in sprint cars,” said Larson. “To do it with McLaren Racing and Mr Hendrick especially is a dream come true.

“I’m grateful for the opportunity and am really looking forward to it even though it’s still about a year-and-a-half away,” he said, adding he hopes to “get a win or two that day.”

“Adding Kyle Larson with a HendrickCars.com partnership to the Indy 500 line-up in 2024 is exciting for our Arrow McLaren team as well as for race fans,” Brown said.

“He’s a complete driver, known for racing anything on wheels, so I’m looking forward to seeing what Kyle can do in an IndyCar Series car. It’s been great working with Rick Hendrick and Hendrick Motorsports vice chairman Jeff Gordon to pull this together, so a big thank you to them for what’s to come in May 2024.”

The last driver to attempt the ‘double’ was Kurt Busch back in 2014. Racing with Andretti, Busch completed the Indy 500 in sixth place, but retired just after half distance at Charlotte.