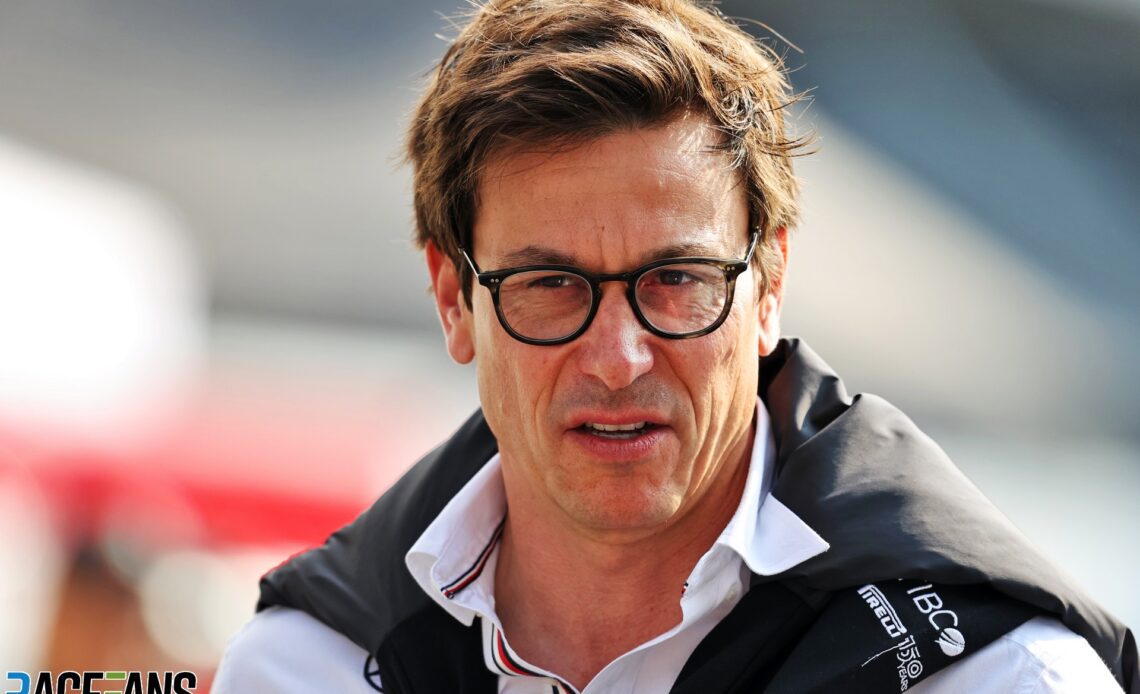 Andretti’s claim to a place on the Formula 1 grid has been strengthened by its tie-up with Cadillac, says Mercedes team principal Toto Wolff.

Many existing F1 team principals, including Wolff, reacted coolly to Andretti’s pursuit of an entry into F1. Wolff pointed out last year “an 11th team means a 10% dilution for everybody else” in terms of their income and that Andretti needed to show his entry could “add value” to F1.

Wolff admitted that addition makes Andretti’s tilt at an entry more attractive. “Cadillac and GM, that’s a statement,” he told media including RaceFans today. “Certainly them joining forces with Andretti is definitely a positive.

“It gives it another angle that can or cannot be, may or may not be, beneficial for Formula 1. But definitely something, nobody would ever question GM’s or Cadillac’s pedigree in motorsport and obviously as a global auto company.”

Wolff endorsed the view of James Vowles, who was confirmed as Williams’ new team principal today, who said any new entrant to the sport must at least not detract from the value of the current competitors.

“We’re always open to the sport growing,” said Vowles. “The truth behind it is the sport financially is becoming more and more successful. Whoever joins in that environment needs to bring with it effectively the growth that is required in order for everyone else to be in a better position or at least in a neutral position. And that’s been the statement from the outset, from the beginning.

“There’s a lot of lovely things about America and about Cadillac. It just needs to have a good understanding of how we’ll grow the sport, in what way and what the growth will be.”