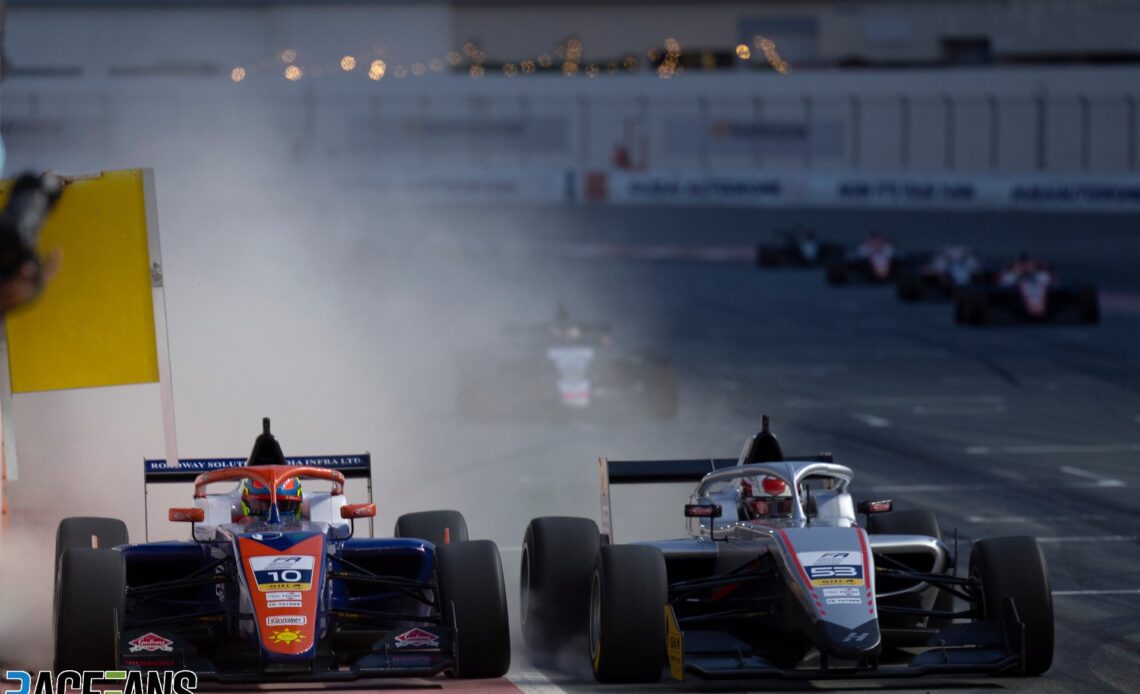 In the round-up: Ferrari academy driver Dino Beganovic won the opening round of the Formula Regional Middle East Championship in Dubai yesterday after confusion over the finish of the race.

RaceFans operates thanks in part to the support of its readers. In order to help fund the development and growth of the site please consider becoming a RaceFans Supporter.

For just £1 per month/£12 per year you will also be upgraded to an ad-free account. Sign up and find out more below:

Ferrari academy driver Dino Beganovic won the opening round of the Formula Regional Middle East Championship in Dubai yesterday after confusion over the finish of the race appeared to cost Gabriele Mini a chance at victory.

Beganovic had been locked into a tense battle with Hitech driver Mini on the penultimate lap, as time expired, TV graphics displayed in error that the race was on the final lap. As the pair battled at the end of the lap, Mini tried to squeeze Beganovic to the pit wall on the run to the line, only for both drivers to be shown a board by marshals indicating they had one more lap remaining.

Mini he appeared to back off while Beganovic took the lead and completed the final lap to win. Matias Zagazeta finished second and Taylor Barnard third after starting 27th on the grid. Mercedes junior driver Andrea Kimi Antonelli took fourth, while Mini fell down to sixth by the end of the race.

Formula 1 world champion Max Verstappen will start fourth on the grid for the Virtual Le Mans 24 Hours race today after his number one Team Redline team were unable to take pole position in hyperpole.

The 24 hour endurance race, held on the rFactor 2 platform, will start today at 1pm GMT.

McLaren junior driver Ugo Ugochukwu kicked off his racing season with victory in the first race of the UAE F4 series in Dubai.