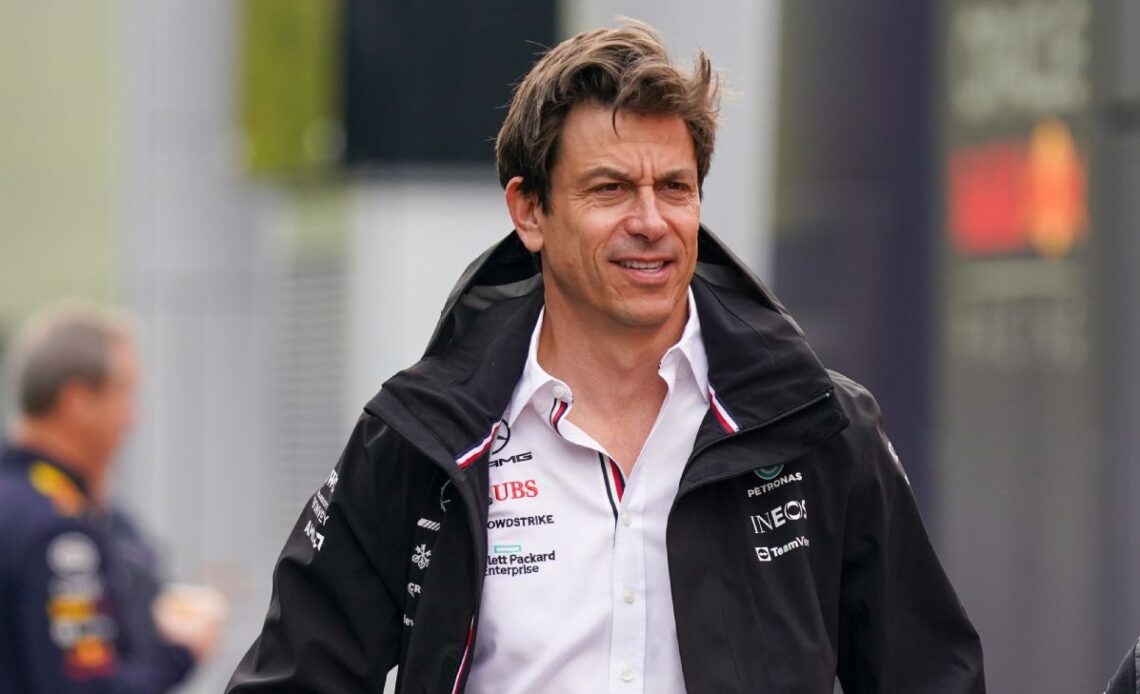 Toto Wolff admitted Andretti including General Motors brand Cadillac in their proposed F1 entry bid is “a statement” but was still non-committal on whether he is for or against the outfit joining the grid in 2026.

Andretti and Cadillac’s partnership was met with a lukewarm response from F1 and a handful of the existing 10 teams.

Michael Andretti, who has strong support from McLaren CEO Zak Brown and Alpine, said any remaining opposition is “about money” and “all about greed and looking at themselves and not looking at what is best for the overall growth of the series.”

Andretti has shown interest in joining F1 before but the tie-up with GM and Cadillac is the most substantial proposal he has been involved with. Questions remain about the level of Cadillac’s involvement.

Mercedes boss Wolff has been one of the most vocal opponents about an 11th entry, stating last year that a new team would have to add enough value to the F1 to make up for the other teams having their existing slice of the pie from the prize fund diluted.

When quizzed about Andretti and Cadillac for the first time on Friday, Wolff was both complimentary and diplomatic in his response.

“Them joining forces with Andretti is definitely a positive. It gives it another angle that may or may not be beneficial for Formula One.

“But definitely something… how can I find the right word here… nobody would ever question GM or Cadillac’s pedigree in motorsport or as a global auto company.”

FIA president Mohammed Ben Sulayem said he was surprised by the negative sentiment that remained about a proposed entry.

F1 has stressed that there are other interested parties beyond the Andretti-Cadillac outfit, although they have not revealed the identity of those bids.

Wolff was talking during a media call alongside outgoing Mercedes head strategist James Vowles, who will join Williams in February as its new team boss.

On the Andretti bid, Vowles said: “The truth behind it is that the sport financially is becoming more and more successful. Whoever joins in that environment, effectively needs to bring with it the growth that is required in order for everyone else to be in a better position… or at least a neutral position. And that’s been the statement from the beginning.

“There are a lot of lovely things about Andretti and about…