Tyler Ankrum Back With Hattori for 2023 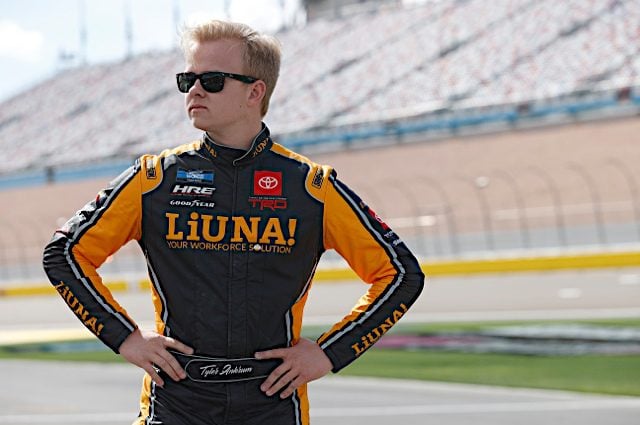 LiUNA! is back as a primary sponsor for all but two of the series’ schedule on Ankrum’s No. 16.

Doug Randolph moves to the team as its crew chief.

“It’s an honor to return to HRE and the Toyota family in 2023,” Ankrum said in a team release. “There was already a solid foundation in place at HRE, and with the addition of Doug to the organization, I know we can achieve our goals as a team — get back to victory lane and be a strong playoff contender.”

HRE has not announced if it plans to field a second truck in 2023. In 2022, it entered the No. 61 full time for Chase Purdy, who has since moved to Kyle Busch Motorsports.