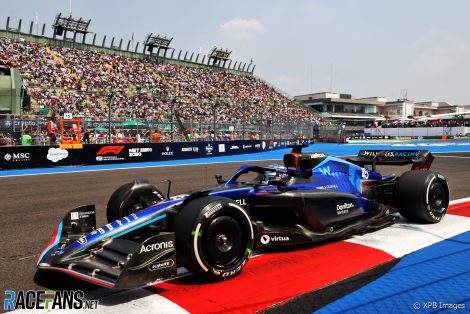 Williams’ new team principal James Vowles says his experience of “failure” in Formula 1 will help him to transform the fortunes of the squad which finished last in the 2022 constructors’ championship.

Despite being one of the most historically successful teams in Formula 1 history, Williams have struggled in recent years. Last year was the fourth time in five seasons they have finished last.

Vowles’ F1 experience spans over 20 years at the Brackley factory which operated under various guises with differing levels of success – including as British American Racing, Honda and Brawn GP – before transforming into Mercedes in 2010.

Vowles will leave Mercedes as the team’s chief strategist under team principal Toto Wolff to join Williams as their new team principal before the start of the 2023 season. Asked what he believes Williams are doing wrong as a team and how he intends to turn them around, Vowles said the Dorilton-owned squad requires a “change to the culture” to move up the grid.

“It is hard to answer what’s wrong, simply because I haven’t set foot inside and my contact has been fairly limited – for purposeful reasons, I’m still in the transition point, I think it’s fair to say,” Vowles told media including RaceFans after his appointment was announced.

“What [would] definitely be wrong is when you’re hurting and when you’ve been punished, you’ve been pushed down as an organisation because you’re suffering, that doesn’t get any better year-on-year, unless you get a change to what’s going on – a change to the culture, a change to the methods and systems. And I suspect a lot of it was that if you go back a few years, we didn’t have the strength of Dorilton.

“Dorilton really want and will invest the correct amount to make this a [performing] team. And I think it’s fair to say I don’t think that was the case just a few years ago. The impact of them will take a while to probably kick in.

“The second is that I’m one change, but clearly one individual won’t make it. What’s required is a re-strengthening of the technical team but also allowing those internally that are incredibly good to shine and prosper. And I suspect the environment they’ve had around them isn’t one would have been [conducive] to that for a period of time. What I’m doing different is I’m fortunate enough to have known failure on…