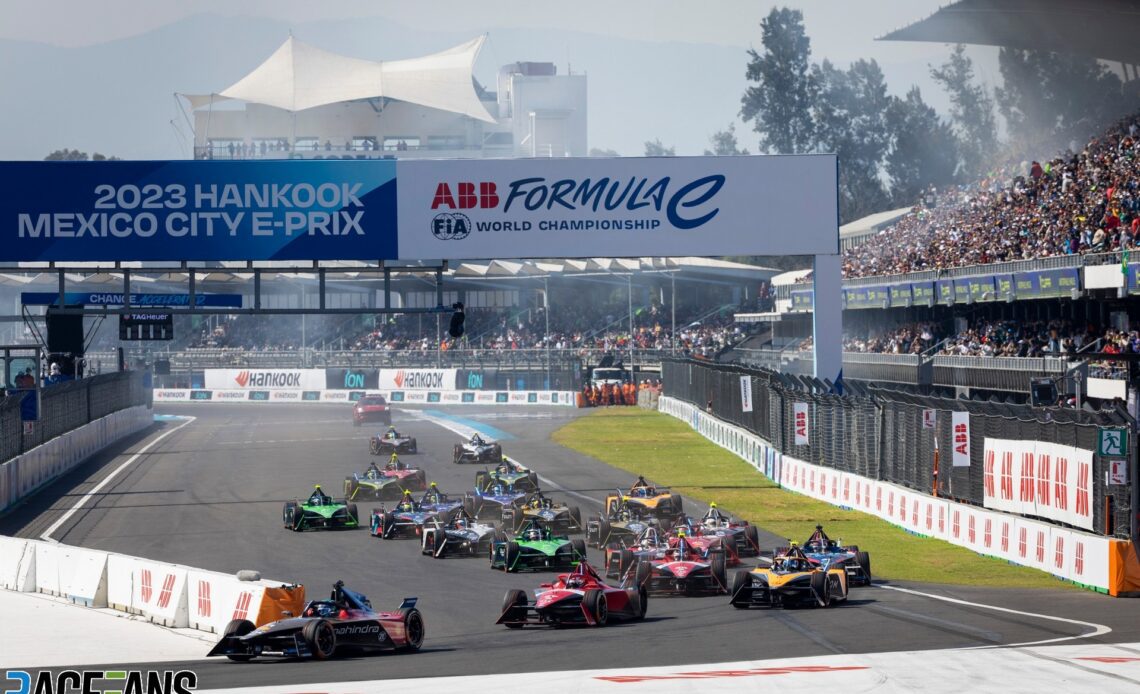 Andretti driver Jake Dennis took advantage of an early error from Lucas di Grassi to take the lead of the Mexico City Eprix and never look back, starting the 2023 Formula E season with victory.

Dennis’s victory was the first in the new Gen3 car introduced for the 2023 season. Pascal Wehrlein finished second over seven seconds behind Dennis, with Di Grassi taking the final spot on the podium in third.

In the earlier qualifying duels, Mahindra’s Lucas di Grassi had secured pole position by defeating Andretti’s Jake Dennis in the final. When the lights went out, Di Grassi held the lead into turn one, while McLaren driver Jake Hughes challenged Dennis for second place. Dennis held on to his position while Di Grassi led the opening lap of the race and the championship.

Robin Frijns pulled off the circuit after he clattered into Norman Nato ahead of him, causing terminal damage to his own car. The Safety Car was deployed on the second lap while Frijns’ car was cleared, with it later being confirmed that Frijns had suffered a broken wrist in the collision. As the green flags flew at the start of lap six, Sam Bird immediately reported a drive failure on his Jaguar, pulling off the circuit at the end of the pit exit. The Safety Car was then deployed for a second time.

The race finally got back underway at the start of lap ten, with Di Grassi leading from Dennis and Hughes. As the field began lap 12, Di Grassi made a mistake at the first corner which allowed Dennis to pull alongside and take the lead into turn three. On the next lap, Dennis took his first Attack Mode and retained the lead, Hughes took a two minute Attack Mode while Di Grassi took just a single minute for his first Attack Mode, with all three retaining their original positions after their Attack Modes had expired.

On lap 18, the Safety Car was deployed for a third time when Edoardo Mortara spun off at the first corner, crashing his Maserati into the barriers. There were only 15 laps remaining when the race resumed on lap 21, with Dennis leading ahead of Di Grassi and Hughes still in third.

Hughes took his second Attack Mode, dropping third to Pascal Wehrlein’s Porsche, before Wehrlein gained another place when he passed Di Grassi entering the stadium section on lap 29. Despite Wehrlein moving up to second, Dennis was looking comfortable out front, pulling a gap of over four seconds to the Porsche driver ahead.

As the final laps of the original scheduled distance ticked away, race control…