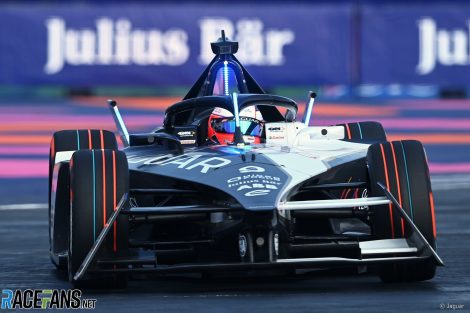 When Formula E’s third-generation car was unveiled in Monaco last Summer, both the series and the FIA could hardly be more glowing about the future of the championship.

Boasting the highest top speed for a Formula E car to date, higher regeneration rates that ever before, a power boost of over 130bhp and running 100kg lighter than its predecessor, the next generation was looking like another major step forward for the all-electric world championship

With its unique, angled design and radical innovations such as no rear hydraulic brakes, Formula E’s newest car was supposed to push the envelope of electric motorsport and make racing better than ever. After all, the step from the original Formula E car to the second-generation model in 2018 was major, with the sport now able to full race distances with a single car, rather than the need to swap cars midway through the race.

So after yesterday’s season-opening eprix in Mexico City, in which Andretti’s Jake Dennis stormed to an impressive win, what kind of a first impression did the third-generation Formula E car make?

Naturally, no one should judge a new car or indeed an entire series on the basis of what took place over just a day of running. But that does not mean there are no observations to make about this bold new era for the sport.

With so much extra power, the first question to wonder is simply ‘are the Gen3 cars quicker than their Gen2 counterparts?’. Unfortunately, it’s difficult to judge based on Mexico City alone.

Due to concerns over potential braking problems discovered during testing, the FIA modified the layout of the Mexico City circuit for yesterday’s eprix, adding a chicane by the medical centre that had previously been used between the 2016 and 2018 races held at the venue. But if we remove the middle sector, there is some interesting data to analyse.