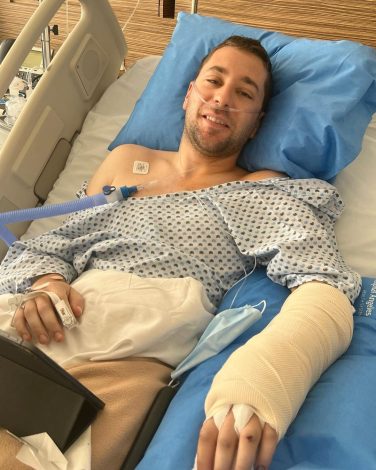 In the round-up: Mick Schumacher can prepare himself for an F1 return through his work at Mercedes, says the team principal Toto Wolff.

Mercedes team principal Toto Wolff believes Mick Schumacher could earn a “permanent seat” back in Formula 1 if Mercedes help to develop him as their reserve driver.

Schumacher raced with Haas in 2021 and 2022 but was dropped by the team for this season. Mercedes signed him as their reserve driver to replace Nyck de Vries, who has taken a race seat at AlphaTauri. Wolff says Schumacher has the potential to earn a second chance racing in Formula 1.

“I believe if we can give him a safe environment to to further develop, he can be a good racing driver in a permanent seat in the future,” Wolff said.

“In the same way we have let Nyck de Vries go in order for him to achieve a career, that could be something that could happen to Mick – whether it is in our team or letting him go somewhere else, we don’t know at this stage. Where he will massively contribute is that he’s driven the new car for a year and has been in Formula 1 for two years… he will be super helpful in the simulator and in assessing the car overall. It will be good to have him on track and in the debriefing room.”

No date set yet for Frijns return

Abt Formula E driver Robin Frijns is unsure when he will be able to return after suffering multiple fractures to his left hand and wrist in a crash during Saturday’s race at Autodromo Hermanos Rodriguez.

“Had a five-hour operation as my hand was fractured in several places,” he wrote on social media. “Will travel home soon and will start my recovery. Early days to say when I am back but I will be back soon!”

The next race takes place at the Diriyah circuit Saudi Arabia on January 27th.

Williams junior driver Ollie Gray will compete in the 2023 FIA Formula 3 championship in 2023 with Carlin, the team has announced.

Gray was runner-up in last year’s British Formula 4 championship to Alex Dunne, taking two race victories and 16 podium finishes. Williams confirmed that Gray would make the step up to FIA Formula 3 with the Carlin team.

“Throughout his first year as part of our Driver Academy, Ollie’s shown his talents on the track with numerous wins and podiums and while at Grove where he’s worked with the team,” Williams’ sporting director Sven…