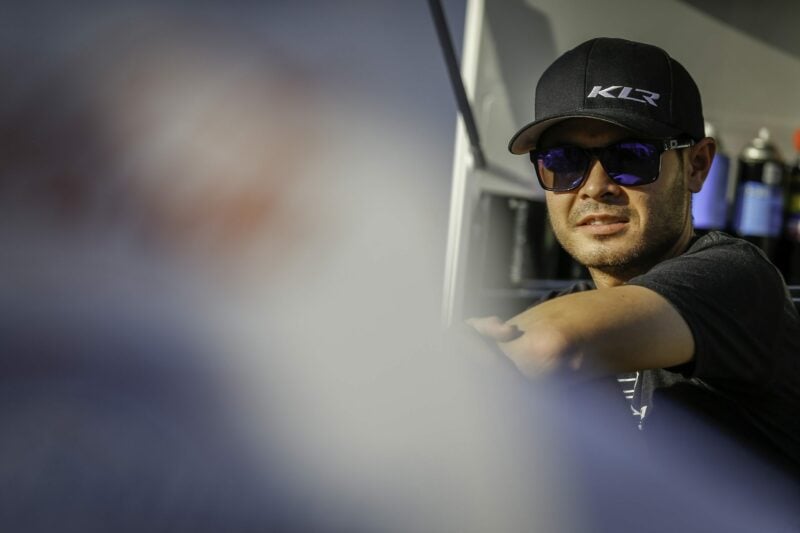 The frequent Cup Series competitor made his Chili Bowl debut Tuesday (Jan. 10) from the pole of the second heat race and struggled from the get go, visibly holding up the field with a slow start to the race. To his credit, Bilicki got through the heat race without incident, finishing fifth and sneaking into the back of a qualifier. Bilicki put up a credible effort in his B-main but failed finish and transfer to the day’s prelim feature.

Saturday, Bilicki started in the second J-main but was sent to the rear prior to the green flag for requiring a second push start. Bilicki ran the race without incident but was never a threat to transfer.

First @cbnationals in the books ✅

Incredible experience with the @RAMCOspeed team. I’m disappointed with how yesterday went as I needed a 2nd push to start the car and had to give up 6th position and start last instead. All on me and part of the learning experience. (Cont’d👇) pic.twitter.com/bhGRtOip95

One night after racing in the Race of Champions on a promoter invitation, the Cup Series regular scored a Chili Bowl heat race win Tuesday night courtesy of a Red Sea parting moment that allowed him to go from fifth to first in half a lap.

Bowman’s luck on the start was all used up though, as during his qualifier Bowman was involved in a first-lap incident that sent Jeb Sessums flipping and Bowman to the tail for a spin.

Saturday, Bowman put together a convincing drive, maintaining the final transfer spot in the first E-main despite steady pressure from behind and making multiple lane changes. Bowman never cracked the top 15 and was eliminated in his D-main.

Saturday, the Cup Series regular started seventh in his Chili Bowl B-main and put on a pitched battle with Jonathan Beason and Ryan Timms, getting as high as sixth in the running order, However, a late restart saw Briscoe bike the berm in turns 3 and 4, falling to 10th and failing to transfer.

The three-time Truck Series champion had a better second week in the IMCA Winter Nationals at Cocopah Speedway, qualifying for the final two features on…