How serious a setback is F1’s five-year absence for its growth in China? · RaceFans 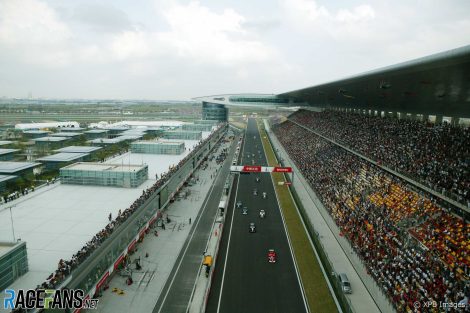 Today’s confirmation the Chinese Grand Prix will not be reinstated to the 2023 Formula 1 calendar means the world championship will be absent from the country for at least five years.

The last F1 race at the Shanghai International Circuit in 2019 was also the 1,000th round of the world championship. But eight months later, around 800 kilometres west in Wuhan, the first recorded Covid-19 infection took place.

Its effects were, of course, not confined to China, though it was the first country to cancel its round of the world championship as a result of the ensuing pandemic. While many more followed, chiefly those located outside of Europe and the Middle East, all had returned to the schedule by last year with a single exception: China.

At a time when F1’s popularity is rocketing, the series remains unable to visit one of the countries it has identified as a top target for growth. F1 has consistently made it clear it intends to resume racing in China as soon as it can. When will that happen?

Last month, shortly after the first announcement China’s 2023 race would not go ahead, the country hurriedly tore up its ‘zero Covid’ restrictions under which it continued to impose lockdowns in response to outbreaks of the virus. This was prompted by the rare sight of protests criticising the Chinese government and leader Xi Jinping over their handling of the pandemic.

So sudden was China’s U-turn on its Covid policy that some speculated the 2023 grand prix might yet be reinstated. Today’s announcement has put that idea to bed, though it is striking that F1 hasn’t taken the option of replacing the race when it had feasible alternatives.

The scrapping of ‘zero Covid’ in a country where vaccine efficacy rates and uptake are lower than abroad has led to rapid rises in infections and deaths, though by exactly how much is difficult to quantify (a recent report estimated almost two-thirds of the country’s population has the virus). Nonetheless, there will be hopes the race can return in 2024.

China’s enthusiasm for F1 had grown slowly but steadily from its first world championship race in 2004. Before the race disappeared from the calendar in 2020 there was talk of building on its growing popularity in the country by holding additional rounds in China, as F1 is now doing in the USA, another especially important market.