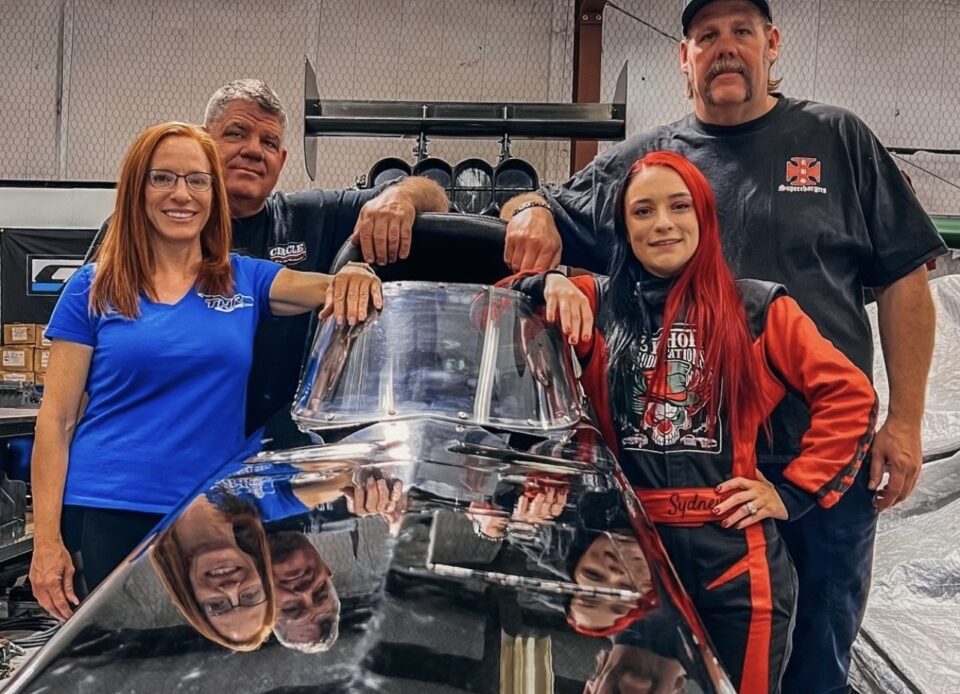 Sharrock Motorsports has acquired the Top Fuel Dragster formerly owned and campaigned by NHRA Funny Car driver and team owner, Terry Haddock. Haddock has a passion for teaching drivers and growing the sport of drag racing, and has trained and licensed over a dozen NHRA drivers, many of whom have gone on to be team owners.

Haddock is working with the Sharrock Motorsports team as a consultant and will be training Shaw as she begins licensing runs in the car in the coming weeks. Shaw, 23, attended Frank Hawley’s drag racing school in 2022 and has been driving one of Sharrock’s Top Dragsters in preparation to move into the Top Fuel ranks.

Shaw is an accomplished barrel racer who hopes to take her strength and abilities from the rodeo arena to the drag strip. The 4-foot, 11-inches tall, 85-pound Shaw, a Terrell, Texas native, is looking forward to the opportunity to compete against the best Top Fuel drivers in the world. Shaw says she is proud to add her name to the relatively small list of female Top Fuel drivers who have successfully competed and won in the NHRA’s Top class. Likewise, she’s excited to work with Haddock to develop her skills as she works to complete her licensing runs in the car.

The team is currently slated to race a limited schedule in 2023 with hopes of gaining financial assistance to expand the program by 2024 in an effort to allow driver Shaw the opportunity to compete for a Top Fuel world championship in the not too distant future.