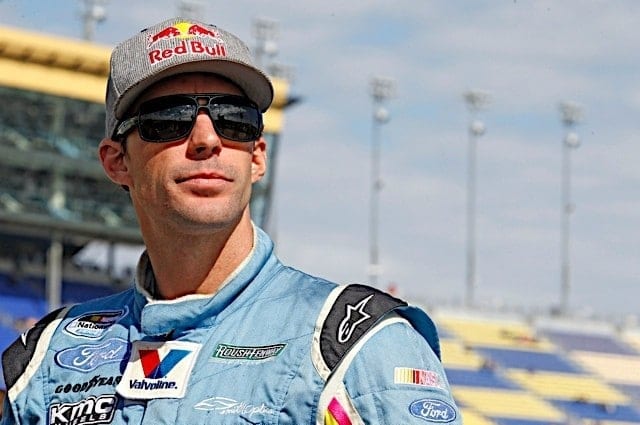 Travis Pastrana will attempt to make his Daytona 500 — and NASCAR Cup Series — debut with 23XI Racing, the team announced Jan. 17.

The news was first reported late last week by The Athletic.

Pastrana will drive the No. 67, crew chiefed by Eric Phillips.

“I’m thrilled at the chance to race in the Daytona 500,” Pastrana said in a team release. “It’s the one event every year that all my friends and family come together to watch at our buddy Dale’s house and it’s an event I’ve wanted to race my entire life.

“My first supercross win came at Daytona when I was 16 years old, and I qualified third at Daytona for the Xfinity series in 2013. That race didn’t end up well, but I was able to finish 10th despite the fact I crossed the finish line backward through the infield grass at 180 mph.

“Trying to earn one of the very few remaining spots in qualifying for the biggest race I’ve ever had the opportunity to compete in will not be an easy task, but I’m confident the 23XI team will give me a car that belongs in the show and truly believe I have the skills to get it there. It was very important for me to put my best foot forward and I’m happy to undertake this endeavor with the 23XI Toyota team. They are always competitive at superspeedways, so I know we will be strong when we get to Daytona. All my friends, family and long-lost relatives plan to be there and I’m looking forward to sharing the moment with all my fans and my partners at Black Rifle Coffee Company, too.”

The race will mark 23XI’s first with a three-car lineup. It currently fields the Nos. 23 and 45 full time for Bubba Wallace and Tyler Reddick.

As an open team, the No. 67 will have to qualify its way in via the four available spots for the Daytona 500.