Would You Race On A Dragstrip With A Curve? 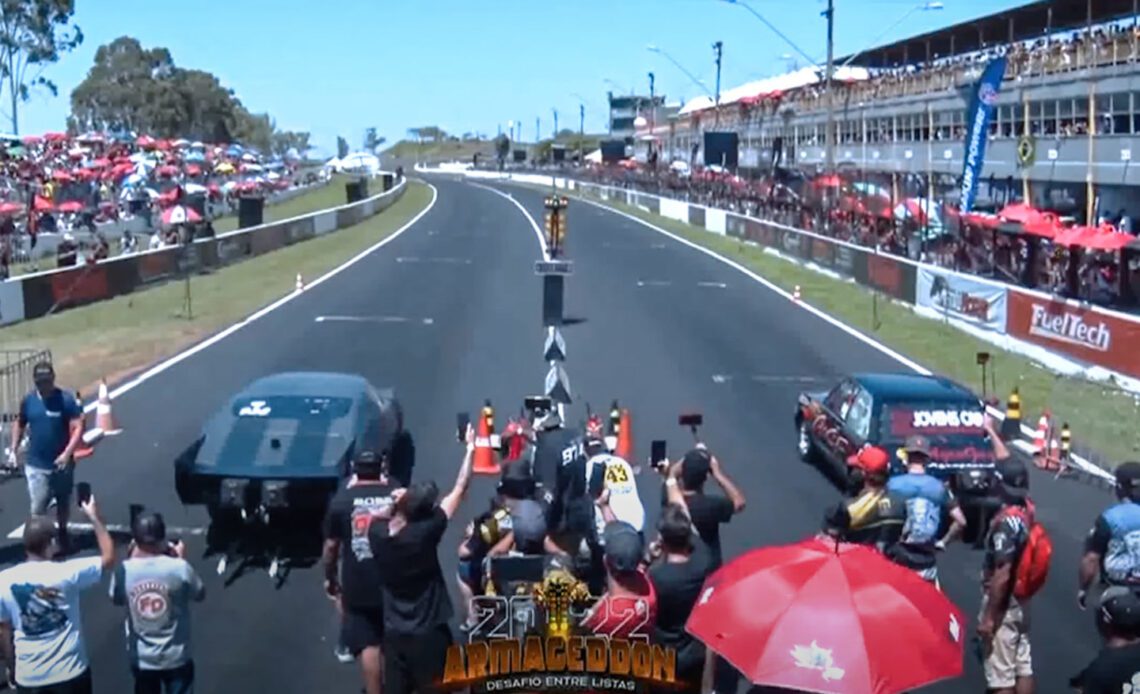 For all the times oval track ringers looked down upon drag racers, claiming real racers possess the skill to turn left, there’s this: an actual drag race with an actual left turn.

Back in November, South America’s biggest annual no-prep race, known as Armageddon, was held, not at a dedicated dragstrip, but at the Autódromo Internacional Ayrton Senna, a 1.89-mile, 15-turn road racing course in Londrina, Parana, Brazil. A quick look at a map of the raceway layout will confirm that there is nary a stretch of arrow-straight pavement to be found. So the Armageddon organizers improvised, utilizing the main “straightaway” in front of the pit lane that features a very distinct left curve, which is then followed by a curve to the right into turn one.

For drag racers, this meant turning to the left, under power, inside the length of the 1/8-mile racing distance, creating one of the more unique acceleration contests we’ve ever seen. With perhaps the old Bristol Dragway in Tennessee as the most famous example, tracks with curved shutdown areas are not exceedingly rare in the sport’s history, but a curve in the acceleration area of a dragstrip is a different story.  This one had both.

Beyond the intrigue of controlling a car and turning left under power — on a no-prep surface, no less — there’s the matter of basic geometry. On a curve, the outermost line is the longest distance. Track and field, for example, compensates for this by staggering the start lines to regulate all of the running distances to be the same. But in the case of the 2022 running of Armageddon, the start and finish line both appear equal — and so perhaps never before has lane choice been so critical.

The Armageddon event pitted 32 full-bodied cars against one another in a ladder format. Jader Krolow, who has made appearances in the NHRA Pro Modified category here in the states, won the race with his ProCharger-boosted, Fueltech-controlled 1970 1/2 Pro Mod-style Camaro, ousting a number of imports and other vehicles on his way to the crown, using both the “inside and “outside” lane to get the job done.