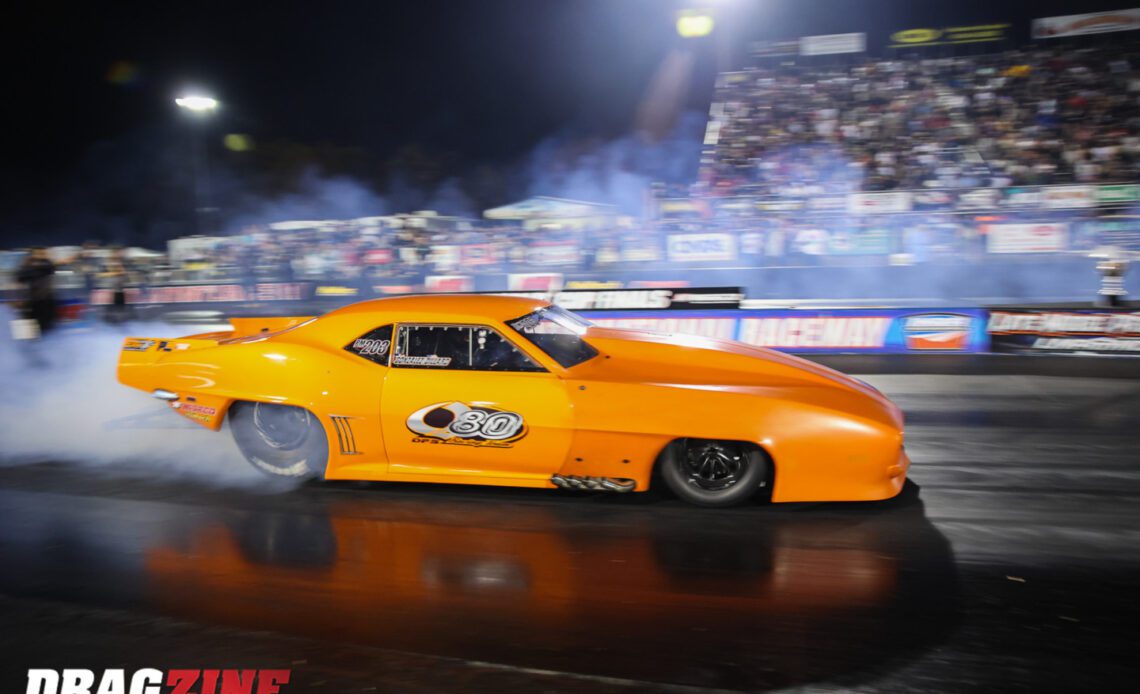 Missed somewhat in the shuffle of a record-shattering World Cup Finals (WCF) at the Maryland International Raceway back in November was a new mark in a category that wasn’t even officially contested at the event. A macro-record, if you will.

To help fill some time and put on a show for the fans, World Cup Finals promoters Jason and Chris Miller invited seven Pro Modified teams to make exhibition runs during the WCF. On the event’s final day, former NHRA Pro Modified world champion and past world record holder Jose Gonzalez stormed to a 5.498-second pass at 257.78 mph behind the wheel of his Pro Line-powered Camaro. That pass set the track record at MIR for a door car, but more importantly, was the quickest pass ever recorded over the 1/4-mile by a centrifugally-supercharged vehicle, compliments of the ProCharger that sends boosted air into the big HEMI. ProCharger’s Walt Sipp recently confirmed the mark to Dragzine.

In March of 2017, Gonzalez clocked what was then the all-time-quickest full-bodied run of 5.403 seconds, utilizing a Pro Line twin-turbo combination. Since that time, his record has fallen, but only a small handful of other runs have been made under 5.50 seconds anywhere in the world since, proving the raw ability of the modern F-3 and F-4 ProChargers when unleashed without sanctioning body restrictions and in prime atmospheric conditions.