SuperK: The quest to make the fastest Honda S2000 | Articles 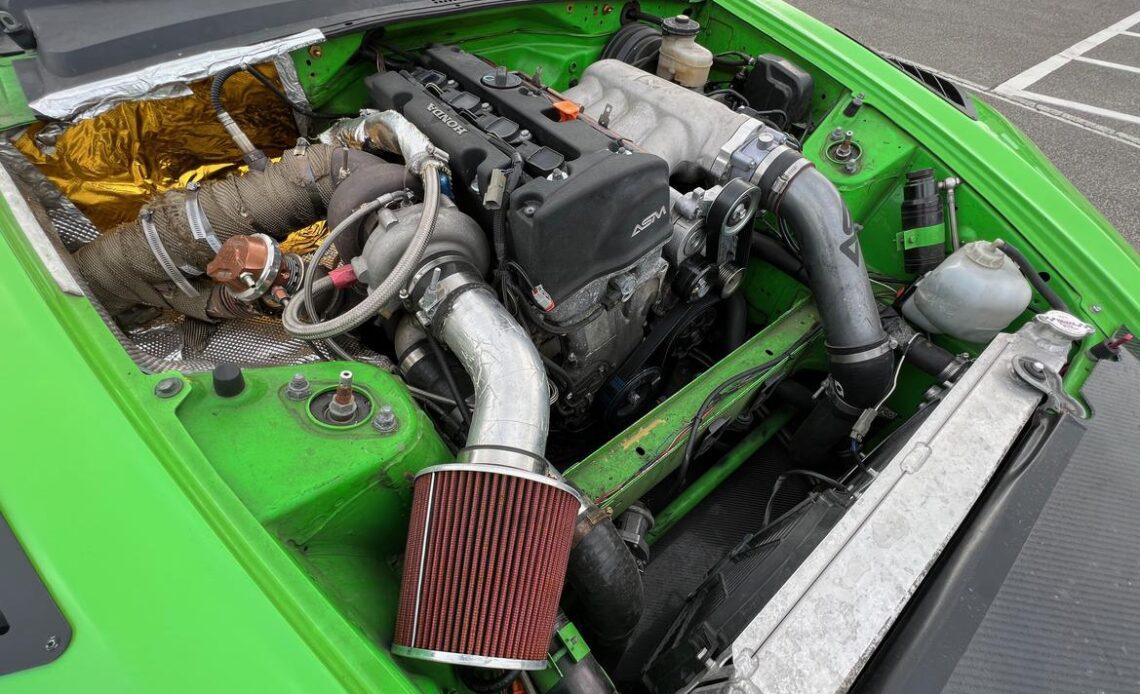 Inspired by Robert Thorne’s “Big Bad Wolf,” the self-professed “fastest Honda S2000,” Alexander Moss and Andy Smedegard wanted to build an even faster S2000. They now have one that rivals that famous vehicle. Meet SuperK, a K-swapped, DCT 2006 Honda S2000.

SuperK won the 2020 King of the Mountains autocross event at UMI Motorsports Park. It took the 2020 Gridlife championship …

Worldwide, Honda sold 110,673 units of the Honda S2000, from 1999 to 2009. It used an engine specific only to that model. The stock F20C put out a hefty 237 horsepower at 8300 rpm, considering the engine displaces less than two liters. The slightly larger, 2.2-liter F22C1, the version that SuperK came with, delivered 240 horsepower at 7800 rpm. However, with relatively few engines available on the market, Smedegard suggested installing a more prevalent, better-supported Honda engine — the K24.

“It was a more economical solution to replace the motor in the S2000,” Smedegard says. “You can buy a K series engine for about $1000. The K series also makes a little more usable power, they make a little more midrange.”

Today, Smedegard operates a thriving race car preparation business, ASMotorsports. But back in 2017, he wasn’t as experienced.

“The engine was the first major modification we did to the car,” says Smedegard. “At the time we didn’t think it was very simple. It was a learning experience for me. A lot of times we learned the hard way–I had to redo many things. I credit the car to a lot of what I know today.”

Getting Things to Communicate–Part I

Both engines–the original F22C1 and the new K24–came from Honda, but that didn’t make the swap easy.

“We got the engine in the car and spent a week or so trying to defeat the immobilizer issues,” Moss says.

Newer Honda S2000s have more immobilizing features that prevent changes beyond the OEM parameters. The issue revolved around them using an ECU out of an Acura TSX and their Honda S2000 ignition key.

“The immobilizer is built into the key, which communicates to the engine ECU,” says Smedegard. “They need to match. Otherwise, you turn the key, the engine will crank, but it won’t fire as it won’t turn on the ignition coils.”