Kevin Magnussen Out of Rolex 24 After Surgery, Jason Hart To Sub 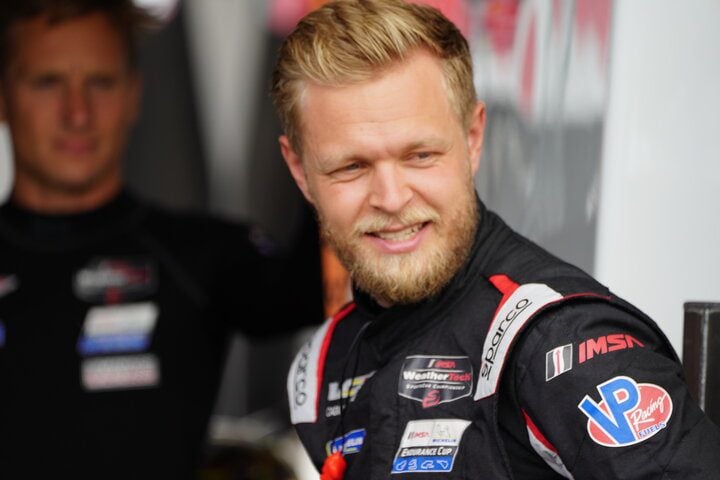 Kevin Magnussen announced Thursday (Jan. 19) that he will be unable to drive in this weekend’s ROAR Before the 24 and the Rolex 24 at Daytona for MDK Motorsports. The team has tapped Jason Hart to replace Magnussen in the team’s new Porsche 911 GT3 R.

The news unfortunately negates one of the big draws of MDK Motorsports’ entry for the race. Kevin Magnussen was scheduled to share the No. 53 Porsche with his father Jan, along with owner/driver Mark Kvamme and Trenton Estep.

Last week, Kevin Magnussen was experiencing some pain and went to the doctor back in his native Denmark to have it checked out. It ended up being a little more severe.

“I had a sore wrist so I went to the doctor to have it looked at and they found a cyst that needs to be removed now so I can be ready for the F1 season,” Kevin Magnussen said at the time. “It’s a harmless procedure, but I probably need to rest for a couple of weeks afterwards.”

While the surgical procedure was a success, the mandatory rest ended up winning out.

“I’ve been advised by the doctors not to drive the race next week,” Kevin Magnussen stated. “The surgery went well, but I need to rest as much as possible to be fit for fight before we begin preparing for the F1 season. It’s a shame. I’ve been looking forward to that fantastic race and to get a new chance to drive with my father and MDK Motorsports.”

In Hart, MDK Motorsports is getting a driver that the team already has experience with. Hart has raced for the team (along with Kvamme and Estep) in the part in Porsche Carrera Cup North America. In addition, Hart and Kvamme drove a Ferrari 488 GTE with Renger van der Zande to race in last year’s 24 Hours of Le Mans for JMW Motorsport. The trio ended up finishing 15th in the GTE-Am class.

Hart’s biggest successes have likely come in SRO America’s Pirelli GT4 America SprintX. There, Hart is the two-time and defending champion in the Pro-Am class with NOLAsport. Last season with Scott Noble, he earned victories at VIR and Sebring en route to the title by 14 points over Premier Racing’s Adam Adelson and Elliott Skeer.

Hart, 46, has two previous starts in the IMSA WeatherTech SportsCar Championship. His best finish was an 11th in the GTD class at Circuit of the Americas in 2015 for Flying Lizard Motorsports. That race was his most recent start in the series.