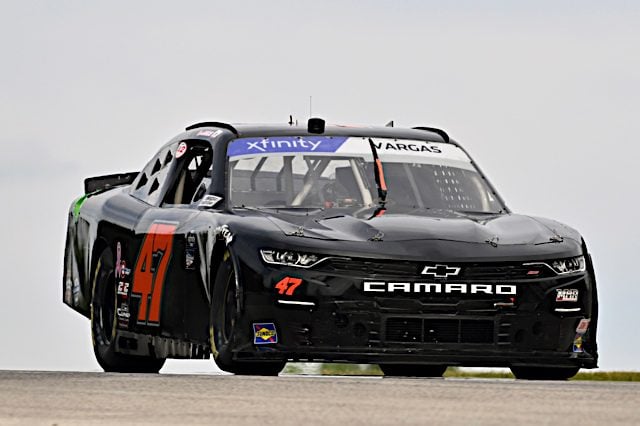 Ryan Vargas will drive multiple races for CHK Racing in the NASCAR Xfinity Series in 2023, the team announced Jan. 19.

CHK, formerly Mike Harmon Racing, will field the No. 74 for Vargas starting at Daytona International Speedway.

Leargas Security and Williamsburg Contracting will sponsor the Daytona effort.

“I’m really excited to be joining CHK Racing this season,” Vargas said in a team release. “This undeniably is going to be a big year for this organization, and I look forward to serving a role that goes beyond driving the car. I’m excited to assist with helping the team in our reorganization and hopefully leading them into a new, competitive era.

“With the newfound support from Gary Keller and Mike Clayton along with Mike’s old-school racer mindset, I fully anticipate a swing for the better both on and off the track.”

The release names Vargas an anchor driver for the team, though the rest of his 2023 CHK schedule has not yet been announced.

He’ll also act as a development lead for the team.

He drove 26 Xfinity races in 2022, split between JD Motorsports and MHR. His best result came at Daytona in the summer, when he finished sixth.