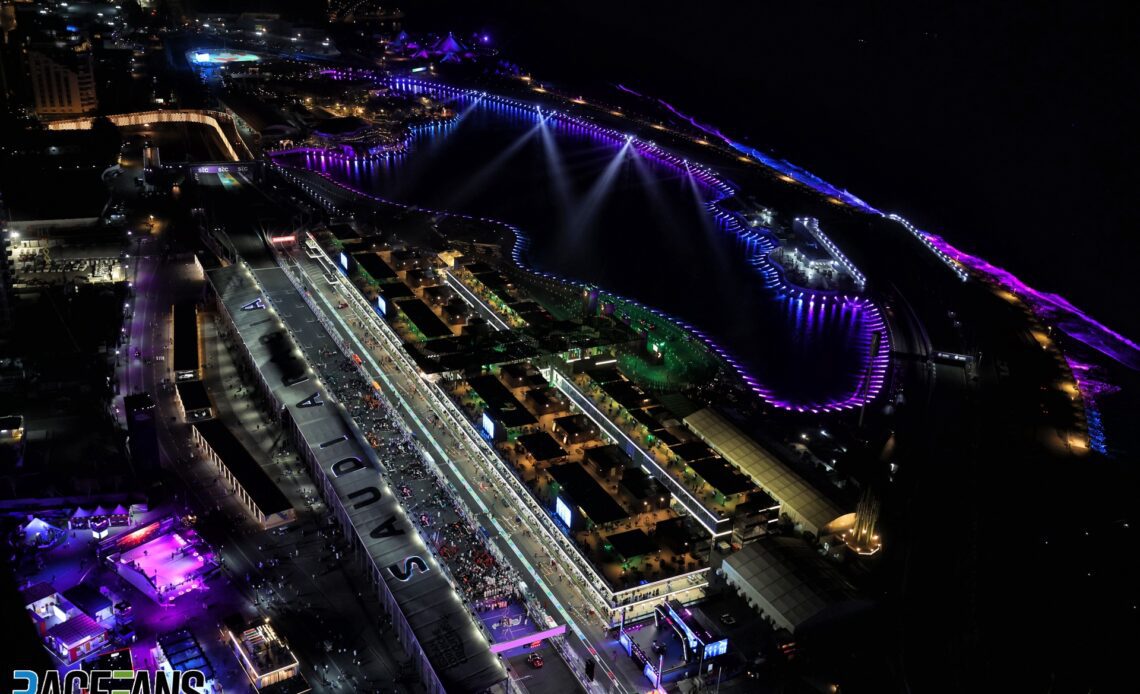 The Saudi Arabian Grand Prix will remain at the Jeddah Corniche Circuit until 2027 while construction of the Qiddiya circuit begins, race promoters have announced.

The street circuit in Jeddah was intended to host the Saudi Arabian Grand Prix initially before the race moved to a new venue in Qiddiyah as part of a major entertainment complex under development in the area. The Qiddiya project was announced by crown prince Mohammad bin Salman in July 2017. The vast development, situated 40 kilometres from Riyadh, will cover an area of 334 square kilometres.

Saudi Motorsport Company CEO Martin Whitaker says the Jeddah circuit has undergone development in order to allow the venue to continue hosting the race over the next five years.

“It’s important that we future proof the Jeddah track and for this reason we have again been working with the FIA and Formula 1 to ensure that we have a circuit that will allow us to stage the sport in Jeddah while work begins on the track in Qiddiya,” said Whitaker.

“The Qiddiya automotive centre is being designed to lead the world in Formula 1 circuit design and entertainment. A unique and exciting project, Qiddiya will be a location that everyone will want to visit but right now and in the immediate future the focus and eyes of the world will be on Jeddah and the Red Sea coastline in the month of March.”

In order to avoid clashing with the observance of Ramadan, the 2024 edition of the race will be moved to avoid falling between March 10 and April 9th 2024. As previously reported, the Jeddah circuit has undergone modifications to its layout over the off-season to reduce corner speeds in the final sector and improve safety ahead of its next race on March 19th this year, where it will host the second round of the championship.

“We have worked closely with Formula 1 and the FIA to make some small changes to the corners, essentially to improve sight-lines for the drivers,” Whitaker explained.

“When you’re travelling at 200mph and are just a couple of inches from the ground, having visibility for the next section of the racetrack is critical. So at a number of corners we have moved the barriers back — in some cases as far as five to seven metres — to help with that forward visibility. While the drivers enjoy the challenge of this track, we understand there are certain things we can do to give them more confidence.

“While the configuration of the track is exactly the same, we have made slight revisions by…